Phillips revealed that one of the reasons why she wrote the book was to pave the way for her two daughters to embrace wanting to be beautiful, have a positive body image, and to do whatever they wanted to do in life, while realizing that there is more to life than merely those activities. 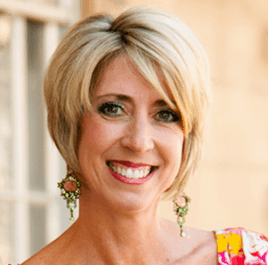 Phillips revealed that making the book wasn’t easy, particularly as she had no previous knowledge of writing a book and, at the time that she wrote it, was handling two businesses of her own. Phillips mentioned that she wrote out the book at home, late at night and early in the morning, while at the same time handling two businesses of her own, at a time when her husband’s own homebuilding business was in the doldrums.  She also remarked that one of the challenges she faced was that actually making the book took longer than she expected, and that she also had to deal with well-meaning people who kept on asking her when the book would finally come out.

To help her meet the challenges associated with creating the book, Phillips used a technique she had previously used in her life, where she found mentors and associated herself with people who knew better than she did; as she mentioned, “… you always want to play tennis with someone better than you, because it … makes you play up a level.” Getting a book coach, Ann MacIndoo, helped, and when the time came to market her book she already had an advantage, as she had dealt with marketing issues during the regular course of running her businesses. She was also fortunate to have the support of her husband, who handled some of the parenting duties, and making a survey so she could do her research also helped her out greatly. (Phillips recommended using one’s own contacts – friends, business associates and the like – to get feedback.)

The inner game (“I had to really, really control my self-talk,” she remarked) was also important in helping her complete the book, and what really helped her out was her own personal desire when it came to finishing projects; as she said, “I said I was gonna do it, and gosh darn, I’m doing it.”  The end result is a book which she hopes will add value to the lives of those who read it.

Phillips said that a published book is one’s own calling card, which can open several doors. Being a successful author has given her a lot of credibility, and with that credibility she has been able to raise her speaking fees. That said, she enjoyed the team spirit and camaraderie that she experienced while making the book, and says that the people who want to connect with her success are priceless; indeed, as she says: “Everybody that’s connected to success gets some of the success.” Thanks to her book, Phillips is now in demand as a speaker and has been able to partner up with big companies like Cadillac and resorts.

But what is most important to Phillips is the legacy she will leave behind, as she wants to be remembered for her passion and as someone who helped others; and the book is definitely one important part of such a legacy.