Angela Lauria’s guest on today’s Book Journeys Radio episode has a story that is nothing short of being completely amazing. First time author Kenyon Aubin Oster delivers a witty, engaging read that has been compared as David Sedaris meeting Richard Price with his book Falling Out: a Memoir: Saving a Life Should Be More Fun!. 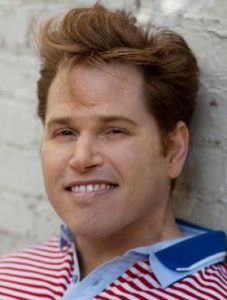 Oster begins the story of Falling Out by the name David Landry, and continues down to around twenty years ago, to the time and circumstances when he came out as gay to his family through an accident he had while at a club in New Orleans. He and some friends were at the club, and one friend lost her balance and fell over a railing. Oster reached out to save her, but they ended up falling over the railing to the floor below. Oster suffered brain damage from the accident, and was in a coma. When his parents arrived at the hospital, they were shocked to learn that Oster’s boyfriend was also there, as well as some of his friends. Needless to say, they were shocked with what they learned. Aside from that, his friend, whose life Oster saved, sued him because of what happened. This incident gave the book its title, as Oster described it as falling out of the closet, instead of coming out of it.

Falling out was, according to Oster, written as a resource for people who are, or who have family members going through the difficulties of having an injury to the brain. This is because a significant number of Americans suffer from depression, Post-Traumatic Stress Disorder, or panic attacks. “There shouldn’t be any shame with the fact that we’re living with depression, or if you’re depressed.” He says, “if you’re depressed, talk about it.”

Through Falling Out, Oster also noted how people, including some of his doctors, did not really understand what his condition really meant; that because of his injury, he was more or less trapped inside his own body. He shared the story of a friend of a friend who also had a massive brain injury, and took her own life because she could not deal with the patronizing comments that people would give when they learned about her situation. 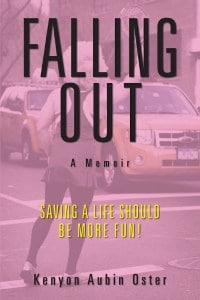 However, according to Oster, Falling Out is not just a story of misfortune, but one of hope, overcoming adversity, and never giving up. He shared how he got in touch with several people that he knew who are well-connected in the publishing and literary industry to help him with marketing the book, ending up with the book being very well received. He advises writers to never give up, and never be afraid to ask for what they want from people that can help them.

Towards the end of the interview, Oster tells writers looking to write a book but can’t seem to, for one reason or another, “Don’t stand in your way!”, because a big part of writing is actually rewriting and editing the finished work.