The featured author on this week’s Book Journeys is Lyn Stankavage Hicks, who penned The Lotus Project: The Art of Being a Woman. 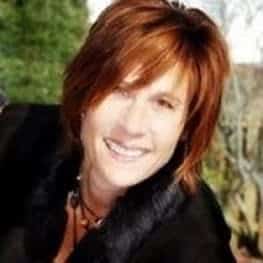 Author Lyn Hicks is one of Angela’s authors under Difference Press. Her book, The Lotus Project, is all about being green as every woman should know how to do. When Angela asked her about what it means to be green, Hicks said it’s all about a lifestyle and living all types of artistry and things that women naturally do. Hicks revealed that she’d lived green her whole life and studied things that have helped her express herself as a woman, which includes the proper way to nourish herself, her family, and her community.

The idea for the book came up because of Hicks’s involvement in the green movement as an organic flower farmer. She recounted how they were working on an environmental community project when someone suggested that she write a book about it so that she can share what she knows to other people who can benefit from the knowledge. Since writing was a natural activity for Hicks, the writing of her book was to become part of how she worked and lived, and it was so easy for her to slip into. From her point of view, she was already doing it, writing, on her many journals and blog posts. “It was very energizing because it was something that I naturally did and never considered a talent or anything like that. I just considered it… what was part of me. I always write,” she told Angela. 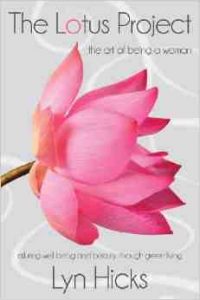 Since her writing came naturally, it was then only a matter of imparting what she knew and then teaching her point of view to her community, which was her specific audience. For Hicks, everything seemed to work out perfectly and it was her ideal. She admitted that even writer’s block wasn’t a problem for her because it was her life she was writing about and it was already something that she knew very well. But being an author taught her something about how it could be a profession that earned money. “I think the process of writing made me understand “author” as a career,” she admitted. She said that being an author added another piece to who she was. For her, writing now is not just an act of writing. It’s something that’s deeper and it changes her from within.

Before The Difference Press, Hicks had thought of going the self-publishing path, but someone introduced her to Angela, who gave her options and the result has been very positive. Hicks pointed out Angela’s  better management of financials and good work of mouth promotions. Ultimately, her goal for the book is to be able to share it with people who are not green, expanding her horizons.

Listen to the Lyn Stankavage Hicks  interview on BlogTalkRadio