In this post, we review Dr. Angela Lauria’s Book Journeys interview with author Tom Griesel, author of TurboCharged: Accelerate Your Fat Burning Metabolism, Get Lean Fast and Leave Diet and Exercise Rules in the Dust. 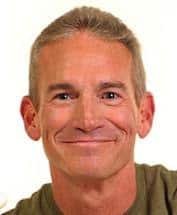 Although he had never participated in sports in high school, Tom was very active in such competitions as biking and triathlons, and despite being able to participate in such sports, he had always wondered how he could be in even better shape than he already was in. It helped that his sister, Diane, who was a clinical hypnotherapist, shared the same passion and curiosity for figuring out what was behind weight and fat loss, for he would exchange notes with her on this subject.

It also helped that Tom was able to get a first-hand look at how researchers and scientists looked at the human body, for, after running a utilities company, he then set up an investment bank that worked with some biotechnology companies. It was essentially from this that Tom and Diane created the TurboCharged program, which, according to Tom, is essentially a lifestyle. He and his sister patented “TurboCharged,” and their efforts resulted in Tom’s book.

Writing out the book wasn’t an easy matter for Tom for, in the first one and a half years of writing it, he was doing five blog articles a week. He admits he wasn’t a good writer, initially, and that he learned to be a good writer, as he wanted to get his points across on a topic he was passionate about. 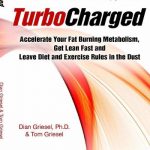 Cover design and title name was another concern for Tom. As he mentioned, it would be easy to confuse “TurboCharged” for a car book, and, as a businessman, he had in mind that people purchase books to find solutions to problems they have. There was a brief lull in the interview, when connection was broken with Tom, and Angela pointed out that getting the right words were important for search engine optimization (SEO), as people would use particular words to find books on the Internet.

Tom pointed out that, after the book was published, he was regarded as an expert on the subject, and this enabled him to charge for his personal services in the field. He also pointed out that the most cost-effective ways for him to promote the book was through radio interviews, as he could participate in these from his house. He also noted that he kept e-files for feedback purposes, as he would take these into account for future versions of the book, as well as for the website he and his sister had set up specifically to support TurboCharged.

Where writing is concerned, Tom recommends just sitting down and turning out two pages a day. What is written out does not have to be “a masterpiece,” and the writing doesn’t have to be in chronological order, but the output itself is important.

Listen to the Tom Griesel Interview on Book Journeys Radio