In this post, we review Dr. Angela Lauria’s Book Journeys interview with Dr. Lauren Wishom, author of How to Become Fit, Fine & Fabulous in Career, Business and Life. 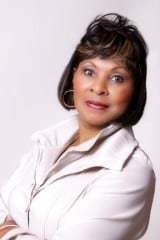 Laureen noted, in the interview, that she wanted to write a book geared towards a particular audience, which was women, with emphasis on their career, business and life.  After surveying a lot of women, Laureen noted that most women didn’t know their purpose or, if they did, they didn’t know how to get there from where they already were.

Laureen mentioned that, when she approached people and told them she needed to interview them because she was doing a book, people proved to be very helpful.  She spent two years researching for the book before she began writing it out, and her concern was that she had too much material, more than what she could fit into one book.

At her mentor’s advice, Laureen created an outline for her book, and she set aside two hours every other day to write out her book, a schedule she followed strictly; and even if she wrote nothing out that was directly related to the book in those two hours’ time, she would write down notes and ideas, some of which she was able to use later on.  Where note-taking was concerned, she always had index cards, a recorder or a notebook with her, so she could, wherever she was, note down a quote or an idea that she could use for her book in the future.  She also wrote out a great part of her book longhand, which she claimed released her creativity.

Laureen mentioned that she already had a career as a public speaker, and that one of the reasons for her writing out a book was to get more speaking opportunities.  She also took a different route from most authors when it came to publishing her book.  She had checked out self-publishing and had also offered her book to a publisher, but she wasn’t satisfied with either, so she took the best of both worlds and set up her own publishing company.  She also created sponsors for her book, approaching these by telling them what her book was about, and also that there would be an event after the book signing, an event where the company could be a sponsor.  Angela noted that this meant that she didn’t have to spend money for those events, at which she would sign her books, and that it worked both ways, as the sponsors could use Laureen’s event to access those who were interested in her book, and Laureen would have access to significant people who attend such events.