On this episode of Book Journeys, Angela interviews Randy Gafner, author of Zen and the Art of Making a Morris Chair. 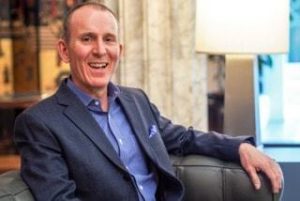 In 1994, Randy was a TV director and producer living in Washington D.C. who had a wife and who was rehabilitating a house when a man walked up to him one morning and stuck a gun against his head. Although the gun didn’t go off and Randy lived, he shortly thereafter lost his job, house and wife in quick order, and it was while he was meeting his estranged wife in a library, some years later, while figuring out what to do next, that he was struck by the idea to build something with his own hands, thanks to an article in a Popular Mechanics magazine that he saw in the library. Randy started building furniture at a public shop in Arlington County, and made his Morris Chair after a couple of years of learning by completing smaller, easier projects. 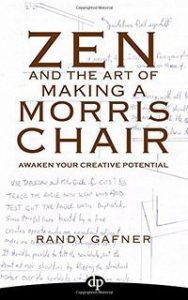 It took Randy around a year to finish making his Morris chair, and it was while he was doing so that he learned a lot of things about acceptance of imperfections, identity and belief, but it still took him over a decade after creating the chair before he finally wrote his book. Angela noted that Randy didn’t think that it would be possible for him to write a book, and Randy drew a parallel between writing his book and making his chair, in that one of the issues he faced in both projects was his personal perception of how others would judge the work he did.

As an author working under Angela, Randy followed the process that Angela used to help authors write their book, and while he did push back a few times he realized that the process would help him actually produce the book, remarking that his meeting the deadlines early in the process gave him the confidence to meet the later deadlines. Randy found the use of an ideal reader, who was a fictional person with a fleshed-out background story, was vital in both the process and in the way he wrote the book and such things as the cover copy, and Angela remarked that, while authors may want to get their book to be read by everyone, writing a book to that ideal reader will ensure that the book will resonate with people. Randy agreed with this and specified some people who were very different from his ideal reader whom his book had impacted.

Randy also remarked that humans seem to have a biological need to create something with their hands, as it gives a feeling of accomplishment, citing a study where working with one’s hands can significantly reduce the risk of Alzheimer’s, and shared that, as an Uber driver, he shares his book with his passengers, some of whom actually buy it and share parts of their own life with him.

Listen to the Randy Gafner Interview on Book Journeys Radio