On this week’s Book Journeys episode, Alina Frank, EFT coach and author of the book, How to Want Sex Again, is Angela’s guest. 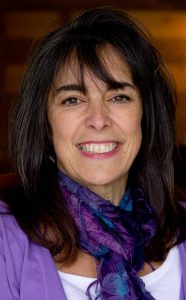 At the start of the show, Angela remarked how Alina’s book title is self explanatory and that she’s kind of pushing the envelope during the interview. But she asked Alina to explain what the book is about and she answered that it’s for women who are struggling with physical intimacy in a romantic relationship. Alina explained that the struggles are the result of being preoccupied with responsibilities in life. Alina explained how intimacy (sex) can be pushed to a corner without being noticed until something really big comes up and hits them, like a “cosmic two-by-four.”

Alina chose the topic for her book because she’d dealt with intimacy struggles in her own life and had actually been in a sexless relationship for ten years. The decision to write about it came when her clients came to her with their personal stories that were a reflection of what she was going through in her own life. She would hear the same stories repeated and It made her feel uncomfortable. As a coach who taught personal development and spirituality, and as a mother who had adolescent kids, she felt she was not being authentic about that aspect of her life.

So, she helped herself as only an experienced coach could and worked through her intimacy issues on her own. ultimately resolving them and overcoming her fears. Now, she’s happy to say without hesitation that sex is an amazing gift that has to be experienced by human beings. “There’s just so much in there for us to experience – why not?” she said.

Having resolved her own issues with sex, Alina was then able to get her head around and choose to take what she’d experienced out there into the world in order to help other people with similar intimacy problems. “Somebody’s gotta talk to these women that feel exactly the way that I do,” she said. The result is her book, How to Want Sex Again.

Alina was able to psych herself up to the task of writing the book by telling herself that it’s her personal journey of her helping people out. She envisioned them telling her after reading her book, “My gosh, you were speaking directly to me,” and that’s exactly what happened in reality. People began coming to her and contacting her asking for talks and speaking engagements, opening up with statements like, “I’m ready to work with you.” It all happened because of her having written the book. 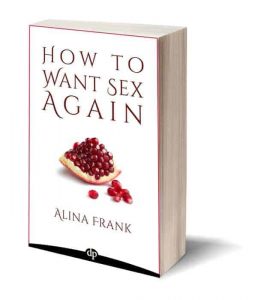 Alina credited Angela’s system and support to getting the book successfully published. She credited the editors and the team who held her hand through the whole process. She advised people who are struggling to write a book to simply believe that they’re the ones who are meant to write it and everything will fall into place.

Listen to the Alina Frank interview on BlogTalkRadio