Author Debbie Martin joins Dr. Angela Lauria for this episode of Book Journeys Radio. Martin is a florist from Tennessee who has recently written a book entitled Flowers Whisper what Words Can’t Say. She is also a breast cancer survivor, and has founded a non-profit support group to help other patients suffering from the disease. 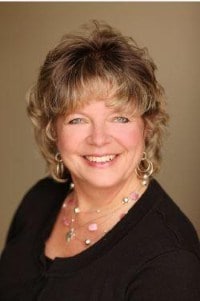 Angela and Martin start off the interview by talking about how the book came together. Martin shared that she always had a lot of touching stories to tell her husband when she comes home from her work as a florist. Her husband then had the idea that she needs to collect those stories into a single volume so that more people would get to know about them. She shared one of the stories in the book, that of a man who had recently lost his wife in a car accident. She was able to talk with the man during the wake, which was filled with roses of every color. The man told Martin that she should tell people that they need to give their wives or loved ones roses—because his own wife never got one from him until the day she died.

It was at this time that Martin was diagnosed with breast cancer. With her mortality in clear perspective, she decided on writing the book for people to read about them. The cancer was already beginning to spread to her kidneys and her lymph nodes, but she was able to overcome it, and at the time of the Book Journeys interview, she was already ten years in remission. Martin considers her healing as a miracle.

A series of opportunities have opened up for Martin from the time that she decided to write and publish the book. While she didn’t have an idea about writing a book at first, her aunt asked her if she knew anybody who was interested in writing one, since she had a ticket to a publishing industry conference in Las Vegas. Martin took her up on her offer and went to the conference. There, she met someone who listened to her pitch, and wanted to publish her book. Things turned sour however, after she learned that the publisher she met in the Las Vegas conference was already going bankrupt, and was preparing for Chapter 11 bankruptcy protection. Things weren’t going well at the home front for her as well; her battle with cancer had left her family’s funds drained, and was surviving only through her husband’s job in the agricultural industry. 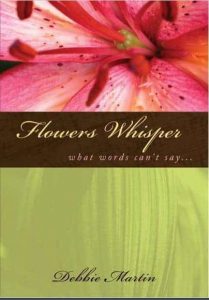 Martin was lucky enough, however, to wrangle the rights and copyright of Flowers Whisper from the publisher before it finally went under. She found a couple of women from Texas who said that they were willing to tide her over and get her book published. They made good on their promise, and after two years of development, Martin was holding a copy of the book in her hands. She enlisted the help of her friends in her support group to get the book out into market, and it wasn’t long before she was able to top the Inspiration and Spiritual, as well as the Motivational best sellers list on Amazon.

Towards the end of the interview, Martin shared how she worked on her book. Like many authors, she took it one day at a time, preferring to go someplace quiet and without many distractions. Her husband also served as her champion, motivating her to work on her book.

Listen to the Debbie Martin Interview on Book Journeys Radio