In this post, we review Dr. Angela Lauria’s Book Journeys interview with author Noah James Hittner, author of The Modern-Day Buddha – 10 Techniques to Cultivate Awareness and Understanding in a Busy World. 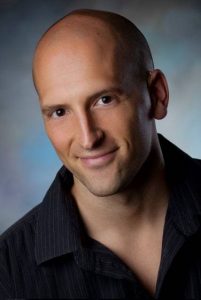 According to Noah, The Modern-Day Buddha, as actually the third book he wrote, and it was a distillation of the other two books that he had already written. He was also intending to create his own, personal brand and was going to set up a website, and he wanted to have something that he could offer to anyone who came on his website, hence his decision to go ahead with publishing the book. Noah approached several publishers and agents and didn’t get accepted. Eventually, he realized that he no longer cared about what a publishing company wanted, such as perfect proposals, and, based on the information picked up from an acquaintance, went to ClearSpace to publish his book.

In the interview, Noah remarked that he handled most of the things related to the book, such as formatting, himself, while he outsourced the book art and the content editing. As an author, Noah was glad that, other than a few technical things, he didn’t know a lot of things prior to undertaking the process, as, had he known, he might not have “drummed up the energy” to complete the book.  The technical aspect he had to learn along the way, a he needed to format his book on Microsoft Word, complete with page headers, page footers, chapters and sections and the like; and, in that regard, he was glad that his book was a relatively short one.

Noah related that he never experienced writer’s block while writing the book, as he felt he was clear in what he wanted to write and present, in that, rather than writing the book to make money for himself, he did so to create something that could inspire and empower other people.  He related the example of an interview of Deepak Chopra that he came across, with Deepak saying that, when he wrote a book, it was about what inspired him at that particular point in his life, rather than about sales.  It was an insight that influenced Noah so much that he had “Remember Deepak” posted up on his wall.

Where advice given by others to him is concerned, Noah felt that those people who gave him advice that didn’t resonate with him were trying to sell him something.

Since the publication of The Modern-Day Buddha, Noah has published two more books and is working on his first novel.  His advice to budding authors is for these to “follow your heart, … follow what inspires you, … just start doing what your heart is calling you to do.  And the rest of that stuff sorts itself out.”