In this post, we review Dr. Angela Lauria’s Book Journeys interview with author Edwin J. Sprague, author of The Point Guard and The Z Factor: How to Get the Life You Dream Of With The Law of Extraordinary Effort. 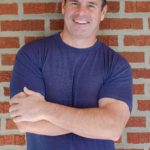 This was a slightly different interview from the norm, for, as Angela pointed out, while the conversation revolved primarily around The Z Factor, this was actually Edwin’s second book, with the first one being The Point Guard, the creative process of which was also discussed during the interview.

Edwin is a very goal-oriented person, and he mentioned, during the interview, that becoming an author was one of these goals. It took him thirteen years to publish The Point Guard, the inspiration for which was the OJ Simpson trial. Even though, he admitted, he probably had attention deficit disorder (ADD), he sat down and wrote out two hundred pages, not caring about such things as grammar and punctuation, in a burst of creative energy, and once he was done Edwin self-published the book. 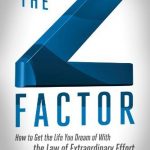 Edwin took a different route for The Z Factor, choosing to go through an agent and a traditional publishing house to get it published. He had actually written the book, which, after doing some research, was eighty-three thousand words long, prior to sending in his proposal, so when the publisher said they needed a work of only seventy thousand words, he worked hard to pare it down; as he mentioned, it would have been easier to write a new book from scratch. (As he and Angela discussed during the interview, this shorter length is becoming more common due to the relative availability of a lot of information on the Internet.) His experience writing the previous book came in handy, for, as he remarked, he didn’t need to second-guess himself on what he wrote when working on The Z Factor.

Where getting an agent was concerned, it took Edwin a year, during which time he did a lot of research, and joining a class before he finally got one, and, as it turned out, the agent did help him out greatly during the process. Being the goal-oriented person he is, Edwin remarked that, now that he had published a book through a traditional publishing house, his goal was now to become a New York Times bestselling author, which he is presently working on.

Edwin’s being goal-oriented and aggressive comes through in the interview, and his advice for authors is to know what their goal is for publishing their book – or even if they want to have their book published. For Edwin, knowing one’s goal enables a budding author to focus on what’s important and ignore the distractions that would inevitably come up during the process.