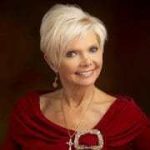 For Mary Ellen, the inspiration to write her book stemmed from an argument she had with her then-newly married husband in 1999. She had already been teaching people the ways that were in the book she would write, and rather than get into a prolonged argument with him she took out a pad of legal-sized paper and started writing. That started off her burst of writing, when she wrote out the initial draft of the book, and after that she typed out the entire draft into her computer, using the floppy drives that were the main means of storage available then. She then left the book on the shelf, so to speak, until, some time later, while doing some house cleaning, she came across her handwritten manuscript, and it was then that she decided to have the book published.

Mary Ellen’s first experience with publishing was a traumatic one. She found what she thought to be a good, reputable publisher who would publish the book, and three weeks before her book was due to be published she received a notice, saying that the publisher she had signed up with was going out of business. Mary Ellen then had to buy the book back, and after that she essentially told God that, if the book was to be published, He should send her a publisher. Years later, after Mary Ellen had moved to Chattanooga, Tennessee, publishers began e-mailing her, and she originally decided to go with Tate, but after she got a lukewarm reception from them went with another publisher. Tate, however, got back to her, and Mary Ellen then went ahead with them, which resulted in her book finally being published in 2011. 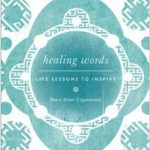 Mary Ellen admits that she had some challenges when it came to marketing her book. She had expected the publisher to do all her bookings for her, but after some time she noticed that her calendar was still empty where promoting her book was concerned, so she decided to promote her book herself by approaching local stores, which apparently “miffed” her publisher. She admits to being let down by that assumed expectation, and also remarked that she, herself, teaches that 99% of all assumptions are false. She recommends that writers, when they sign up with a publisher, get clear on the contract what each expects from each other where marketing is concerned. Mary Ellen’s marketing tactic, however, worked out, as she has spoken to such organizations as Girls Incorporated and the Retired Nurses Association.

In closing, Mary Ellen wished all would-be authors success, as well as all the blessings that came to her after she published her book, which was more than what she could ask for.

← How to Write a Good Title for Your Bookgot mojo? →
Comments