In this post, we review Dr. Angela Lauria’s Book Journeys interview with author Monica Bossinger, author of The Life & Luck of a Bachelorista: A Valentine to Single Women. 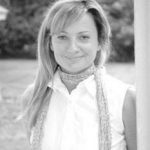 According to Monica, a bachelorista is a “savvy, unmarried woman who is radiating gratitude for her life,” and the book is intended to be an engaging, entertaining one, celebrating such. Through the book, Monica wanted to explore a culture that she felt was stigmatized by mainstream culture, which emphasizes marriage, that of women who choose to remain single.

Monica is a professional copywriter and editor, and the book took her seven years to write, and the process included her taking a year off from work, living off her savings, so she could do so. Monica moved to the countryside then, and essentially didn’t do much until one of her friends, who had seen her “floundering,” introduced her to a life coach, and that got her on track. Still, Monica wasn’t able to really get to writing the book until she had invested herself into it emotionally, with the realization that she needed to reveal a lot about herself in order to connect with the book, after which it took her only three and a half months to write it out. 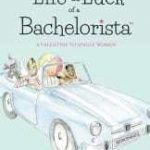 Monica didn’t use an outline, and as she went through the process of writing the book most of her original ideas were revamped, so that little of what finally came out in the book were what she originally intended to put in. In addition to being a writer, Monica also had twenty-five years’ worth of experience in marketing, so she wanted the book to be easily read and understood, given the current short attention spans most people have today. She thus wanted to include illustrations in her book, and she found her illustrator from a French cafe that she frequented. At that cafe, she saw a postcard and then e-mailed the postcard illustrator, who turned out to be living in France, after which the two collaborated on the illustrations for the book.

Where marketing was concerned, Monica was told by a literary agent to get a lot of followers on social media, after which the big publishing houses would be interested in her book, so she got on Twitter and Facebook. She initially hired an intern to do her social media matters, but she learned that, in order to connect with others, she needed to handle such matters herself. To that end, she then worked with a social media coach, who advised her on what to do; and her biggest challenge, where marketing was concerned, was putting herself out in social media, as she has a shy personality.

To would-be authors, Monica recommends proceeding in the way that works for the author. She also recommends letting the process flow, allowing it to take one to unexpected places, as these are those places which, when explored, can be most interesting.

Listen to the Monica Bossinger Interview on Book Journeys Radio