In this post, we review Dr. Angela Lauria’s Book Journeys interview with author Judith Pepper, author of The Age of Sage, Extraordinary Advice for Extraordinary Women. 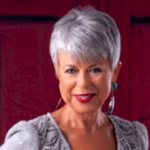 According to Judith, the book is the culmination of her life. The idea to write it came to her while she was on vacation in Ibiza, when she realized that, thanks to the many experiences in her life, she had become a sage.  She had attempted to write a book five years before that realization, but as soon as she returned home to Texas she began writing the book out.

Judith got the idea for writing the book in 2008, and while she had finished it within six months’ time it took her until 2011 to get it published. She had originally thought of self-publishing, but after taking a whole-day class on the subject she realized it was too hard for her to do, so when one of her acquaintances mentioned that she had a print-on-demand publisher of spiritual and self-improvement books who might help out Judith leaped at the opportunity. By that time, her book had already been edited in depth, so only minimal editing was needed. 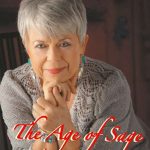 Judith lives by metaphysical and spiritual principles, and these played a role in the writing process. One example was when she had writer’s block which lasted for eighteen days, and after a nighttime walk at the end of that time realized that she was resisting something. Rather than continue the resistance, she accepted where it was coming from, and from there she was able to continue writing again, having realized that nothing is perfect, and that anything worth doing sometimes takes time. Judith also believes that the timing of her book was right, due to the forces behind the principles she follows.

Judith knew nothing about social media marketing, so for six months she engaged the services of a knowledgeable woman who taught her how to do just that, through Facebook, Twitter and Judith’s own website. For Judith, the best way to sell her book has been through social media and through book signings, and she has learned that local bookstores like having local authors’ works, with some having a section specifically for local authors’ books.

What surprised Judith about the process was that she could actually write a book, get it published and have people buy it. She also notes that being a published author means that she’s an expert in the eyes of other people, even if it may not be on the subject of the book written, and while this has helped fulfill her passion of helping other women in their lives, the book has also helped men, as well. Judith also practices what she preaches, using her own techniques to help her get through some challenges in her life.

Listen to the Judith Pepper Interview on Book Journeys Radio

← Truth or Dare?How to Write a Good Title for Your Book →
Comments