Renowned business coach and trainer Kevin Weir talks to Dr. Angela Lauria in this episode of Book Journeys Radio. Weir works in the Spokane, Washington area doing consultations with small businesses in key areas such as Sales, Marketing and Advertising, Team Building and Recruitment, Systems and Business Development, and Customer Service. He joins Book Journeys Radio this week to talk about the process of writing and developing his first self-published book, First Aid for a Wounded Business. 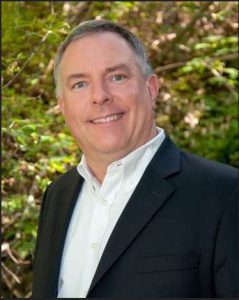 According to Weir, the idea to write First Aid for a Wounded Business came from his experience in working with troubled enterprises. Part of his business strategy involved offering complimentary coaching sessions with business owners, and he thought about selling them a small resource, such as a how-to guide in order for their businesses to get back on their feet. However, after searching online, he found out that there was virtually no material on the subject to be found. This inspired him to write the book, and the rest is history.

It was 2009 when Weir started on the idea of writing his book, but he never got around to actually writing it until the next year, when, while waiting to meet with a potential client in a coffee shop in Tacoma, Washington, he started developing the outline for it. Weir shared that the biggest chunk of writing for his book happened on a Transatlantic flight from Seattle to Barcelona and back, and by October of 2010, he already had a draft manuscript on his hands.

Weir noted that like most other writers, he needed to maintain a level of forward momentum in his writing to sustain his interest. He also had times when he suffered some form of writer’s block. However, he found that long-haul flights like the one he took from Seattle to Barcelona did wonders for his writing. “When I’m in an airplane, it’s almost like I’m locked in,” he says,  “my mind says, well, there’s nothing much else you can do, so lock it in.” 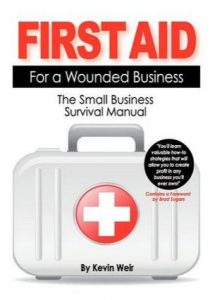 Since First Aid for a Wounded Business is presented in an allegorical format, one of the bigger challenges for Weir was developing the characters of his story and giving them the proper characterization. He decided on that format since he felt that it gave the best way for his work to connect with readers. By using that approach, he found that readers were able to connect on an emotional level, especially with the business owner character in the book.

Towards the end of the interview, Weir shared how his book came together. He used Amazon’s CreateSpace service to self-publish the book. Like many others that have guested on the show, Weir found that going the traditional publishing route would have severely limited his options, since he would have to wait a year, to a year and a half before ever getting his book to market. He also admitted that he was not ready to do the intense effort of approaching major publishing houses, and complying with all of their requirements before getting the book published. As he puts it, since he considered his book as a resource rather than a simple money-making venture, he needed to get it published as soon as he can.

Listen to the Kevin Weir Interview on Book Journeys Radio