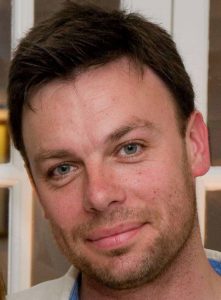 James made it very clear early on in the interview that he loves Christmas and it’s one of the big reasons why he wrote this particular book, the story of which had been brewing in his mind for so long. It’s not surprising, since James grew up in rural Ireland where ancient and the modern stories come together to create legends. The collective stories of Father Christmas, who is also known as Santa Claus in the United States, caught his imagination as a child.

James explained that his book is simply about a little boy who grew up to become Santa Claus. It’s a fictional story for all ages set in ancient times that tells of how an ordinary boy who’s lived the good life is forced to move into a frozen mansion in the North with his grandfather where he faces challenges that lead him to his destiny as the bringer of gifts and goodwill known as Father Christmas.

James definitely found it easy to write The Boy Who Became Father Christmas because it’s a story that he had been carrying with him for a long time and it just had to be turned into a book. It is not only based on folk stories, but also on his own life experiences. There was a time when he experienced a not so good Christmas that changed his life. Likewise, when the boy in the story experiences a bad Christmas, it leads to his being the big guy in red. But James Wilmot’s Santa isn’t really a reflection of the pop culture Norman Rockwell character popularized by the Coca-Cola company. His version of Santa is ancient, as he described to Dr. Angela.

James’s kids were his inspiration and co-creators in writing the book. He had his young boys in mind when he wrote the book and he also imagined himself as a kid during the process of writing. He also did some traveling with his children to the legendary locales in the Arctic Circle associated with Father Christmas. The book had been such an inspirational journey for James involving his children. In the production of the audiobook version, friends and other family members joined in and contributed their voices and other resources. Beyond that, he’s planning an illustrated edition. 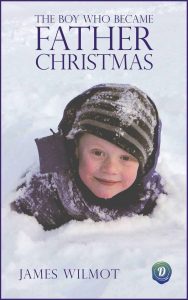 The Boy Who Became Father Christmas had been such a hit that it outsold other Christmas classics, which was something that James hadn’t imagined was possible. He didn’t really see himself as a good writer and simply described himself a “parable writer.” Nevertheless, success seems to seek out James and his book has been praised a lot. The Father Christmas from Lapland even gave him a thumbs up! For James, it doesn’t get better than that.

His advice for others who want to write and finish their own book is to remember to picture themselves with the finished product and act on it. Everything will then fall into place – maybe just like that gift that surprises at the foot of the Christmas tree when you wake up on Christmas Eve.

Check out the Facebook page of The Boy Who Became Father Christmas and be pleasantly surprised at what you might find.

Listen to the James Wilmot interview on BlogTalkRadio