Professor and writer Sharon Clarkson was the guest on this week’s episode of Book Journeys Radio. Clarkson, an Adjunct Professor at the College of Southern Maryland, has published a book of poems called My Dream, a collection of about 70 poems on topics such as encouragement and inspiration. After the book’s publication in 2011, Clarkson released an Audio CD version of My Dream the following year, featuring the poems being read to music. 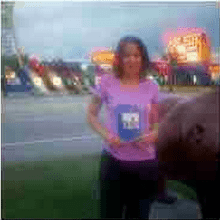 On the interview, Clarkson revealed that she had dreamed of being a writer and writing a book for a long time. She talked about how being married to a United States military veteran has influenced her and her poetry, with some poems in the book directly speaking about how it is to be an army wife. She also shared some of the experiences that she had with the book, such as the time she managed to get a copy into President Barack Obama’s hands through her husband. Her book has also been featured and reviewed in talk shows, and she has received a commendation from the show’s host.

Like many self-published authors, Clarkson has had her share of struggles getting the book to print. She acknowledged the help that she got from the book The Self-Publishing Manual by Dan Poynter in order for her to get My Dream off the ground, especially in terms of finding publishers and editors that a self-publishing author can work with. However, she also pointed out that she had trouble finding editors for her work, as they typically shy away from editing poetry, preferring to work on fiction or nonfiction prose instead. She did find an editor eventually though who helped her clean up the grammar, but leave the text as it is. In addition, Clarkson also noted that her decision to self-publish My Dream has given her more flexibility and control to dictate how her books would be sold.

Clarkson likewise shared some stories about the time she was marketing and selling her book to people. She recalled selling the first copy of her book to her husband’s friend, who was only going to review the book initially. After reading the book, the man ordered ten more copies from her, which he then distributed the books to his family. Another reader, who said that one of the poems in My Dream touched her on a spiritual level, ordered 25 copies to share to her friends. This has emboldened her to work beyond some people’s lack of appreciation for poetry, and simply push on forward.

Towards the end of the interview, Clarkson revealed that she was wrapping up writing her second book of poems, and was planning to move on to writing short stories and children’s literature after her poetry phase. She noted that she was a natural storyteller, and had plenty of stories that she was planning to share with her readers. Lastly, she invited the listeners to visit her website, saying that if they are interested in her work, they can purchase copies of her book there.

Listen to the Sharon Clarkson Interview on Book Journeys Radio