On this week’s Book Journeys, Angela’s guest is author Susan Hyatt, writer of Create Your Own Luck. 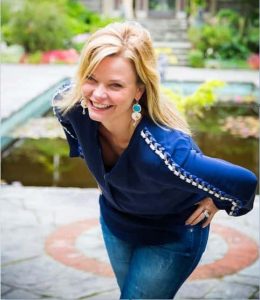 What makes a person lucky? That’s the question that author Susan Hyatt answers in her book, Create Your Own Luck. In the interview, Susan reveals how she hears so many people say the same things about luck, “Oh, you guys are so lucky,” or “You’re just so lucky!” She explained that the things she’s gained in life were the result of her creating her own luck. In other words, she had the habit of “seizing the day.” Her book, she said, explains how anyone can create his or her own reality to get whatever’s desired in just seven easy steps.

Angela loved the idea and asked what the steps to creating luck entailed. Susan proceeded to explain the first step, which is having a vision in life. She then followed this up by identifying the other six steps, which are: setting a mindset, harnessing creativity, maintaining a stable level of energy, owning to one’s own leadership skills, and having fun. Susan revealed that her mantra is, “the more fun I have, the more money I make.”

In writing Create Your Own Luck, she had learned that deadlines are her friend, but then she explained that she really has no problems with deadlines and that she thrives in them in more ways than one. Because she also loves to write, completing the book was easy with Angela guiding and pushing her. The result was that they had fun together in spite of the real work involved. 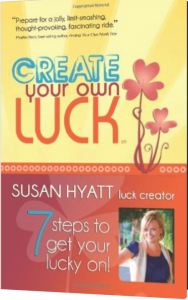 Vision boards also helped Susan in finishing her book. “Something really magical but also practical happens when you put a vision board together,” she said. Strangely, vision boards work best for her when something in it causes her annoyance or she’s unsettled when seeing it. It’s like a reminder to her to fix something and that’s what spurs her into action, which helped in getting her book finished. She explained that a vision board is essentially a visual representation of what you want in life. Beyond it, she would simply imagine finishing the book and that allows her to extend her visualization to being on interview shows such as Angela’s Book Journeys Radio.

In spite of her love for deadlines, Susan admitted that she still experiences writer’s block. When it happens, she just does not try to force herself to write. She usually reserves Mondays for content creation and surrounds herself with an inspiring environment with the right tunes to match. It’s easy for Susan to write about things that she’s pissed about in the moment. Angela quipped that it’s probably why she has lots of blog posts about what upsets her. But Susan said that what she meant by that is that she uses it for “good” and creating your own luck is definitely good.

Listen to the Susan Hyatt interview on BlogTalkRadio