In this post, we review Dr. Angela Lauria’s Book Journeys interview with author Saralyn Mark, MD, author of Stellar Medicine: A Journey Through the Universe of Women’s Health. 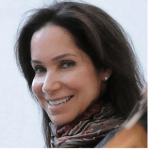 As a little girl, Saralyn wanted to be a doctor and to go to the moon, and while she achieved that first goal, during which she became the first senior medical advisor on women’s health in the Health and Human Services Office for Women’s Health, she sort of achieved the second when she got to collaborate with NASA. Throughout her career, Saralyn traveled all over the world and witnessed different kinds of methods which were “traditional therapies,” and this is what gave her an insight into alternative medicine.

The idea for the book was planted in Saralyn while she was doing a TV talk show on women’s health issues in Chicago, with one of the show’s producers telling her she needed to write a book based on the information she gave. She began blogging in 2008, and as she looked at her blogs she realized that she did have a story to tell, and so began writing the book, finding that doing so was cathartic as, at that time, she had experienced some loss, such as her mother dying from pancreatic cancer. 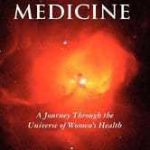 Saralyn didn’t have a particular schedule for writing out the book, although she did get in touch with a publisher on her own, after initially having a literary agent. She often wrote whenever she was inspired, and there were long stretches of time when she didn’t, such as for weeks after her mother died. Given that she had a deadline from the publisher, she finally finished her book during a heavy storm that hit Washington, D.C. which snowed her in so that she was able to take up to eighteen hours a day writing the book out.

Saralyn was surprised to learn that she didn’t have full control of the book when she signed up with the publisher, as the latter, rather than Saralyn, owned the rights to her book. She had a particularly unpleasant experience when she read a copy of her book the night before it was released and found all sorts of editorial errors in it, but she was fortunate, in that her publisher agreed to withhold publication of the book until the errors was resolved. That said, for Saralyn, signing up with a publisher worked well for her, as in academic and medical circles an author who is signed up with a respected publisher is well-regarded.

Saralyn noted that her book is now her calling card, and she is known more by her book rather than by her education, training or experience, making her book her most important credential. To aspiring authors, Saralyn mentions that a book is the legacy one would give to the world, and that writers need to be their own book’s promoter so its message gets out into the world.

← 3 Myths about what it takes to write a bookI wasn’t sure if it was possible. →
Comments