On this episode of Book Journeys, Angela interviews Rachel Dunn, author of Better Videos: Stand Out. Be Seen. Create Clients. 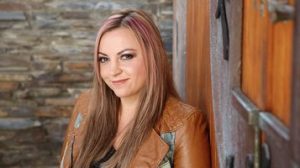 Ever since the age of fifteen, Rachel had known that she wanted to direct videos. She set up her own production company in her twenties and also worked full time in television so she could learn everything she could about how to become an effective director. She co-founded her latest company, Girl Director, four years ago with her life partner Michael, who does the things, such as correcting her grammar and handling technical stuff, that she would rather not handle, and she has had a wide range of clients for whom she creates, or helps create, videos for. 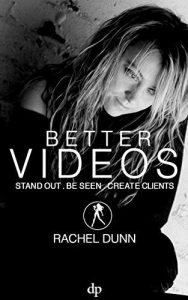 Rachel admits that she had a problem with confidence earlier in her life, particularly when she did work in front of the camera, and the key to overcoming her dread, she discovered, was picking a subject that she was passionate about. The experience also made her passionate about helping people overcome their own fears about being in front of the camera and with helping them figure out the best kind of video to suit their needs, as there are many kinds, such as lead generation for businesses, documentaries and educational videos. Rachel, for her part, works with her clients to figure out how such videos fit in strategically with what their clients want, to create what she refers to as a “road map” where the videos can properly fit in.

Where writing the book was concerned, Rachel never thought of herself as someone who would write a book until she had a conversation with Angela, after which she realized she could reach a lot of people through a book. Rachel then joined Angela’s “Three Days to Done” program, which was where she actually wrote out the book, and she remarked that she had so much experience and information within her that writing the book was rather easy for her. She also noted that having the kind of support she did, from Angela’s group, helped her out greatly, and when asked Rachel commented several times that the creative process when creating a video is similar to the creative process when writing a book. Rachel remarked that finishing the book gave her a great deal of inner confidence, and that several of her readers then remarked that reading her book made them feel like Rachel was physically with them.

To would-be authors, Rachel recommends following their intuition and starting as soon as possible, and notes that starting is far more important that getting it perfect. She also notes, where support is concerned, that Olympians always have coaches with them, and implied that this is something that all writers could use.

Rachel’s business website is girldirector.tv, and it periodically features programs such as her upcoming, seven-day “Camera Confidence” program.

Listen to the Rachel Dunn Interview on Book Journeys Radio