On this episode of Book Journeys, Angela had as her special guest, Nicole Pouchet, who is unlike most of the other authors interviewed on the show because she’s a writer of fiction who specializes in paranormal romance novels. Nicole is the author of The Elemental Myths Series and in this episode, she talked with Angela about book number three, which is titled Annie’s Defiance. 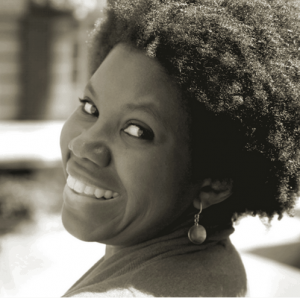 The book, as explained by Nicole, is about women who are reincarnations of ancient Incan goddesses. They all have their day jobs and daily life as most women do, but one day, they discover that they have powers to control the forces of nature, or the elements, like wind, fire, water, and earth. They struggle with and come to terms with their new abilities and eventually learn about their true self, along the way dealing with the relationships in their life. As a series of paranormal romance romance novels, the Elemental Myths series definitely has that element of love. So there’s the expected passion and desire and the exciting events that go with these things.

Nicole explained that the first book is about the goddesses themselves and sets the story as they begin the process of using the bodies of women as their vessel. The second book focuses on one of these vessels, an actress who discovers her true identity as one of the goddesses. Annie’s Defiance is book number 3. Nicole said that Annie is a lawyer and when she starts to mysteriously teleport, she has to come to terms with that and also know what to do with two men in her life, all the while trying to save the herself and the world.

Nicole admitted to writing a fourth book in the series. She also admitted that she had some trouble with the numbering, since she had insisted, contrary to her publisher’s recommendation, that she use fractions, such that her prequel should be numbered “0.5” when it should have been “1.” She learned her lesson the hard way and had to redo the covers to show the correct number.

Nicole’s initial idea for the Elemental Myths series was based on her own crafted mythology. The Incan angle came in as a result of Amazon’s breakthrough Novel contest wherein her story came in second place. Amazon thought it would be best for the story to feature something familiar similar to the Mayan 2012, but since that’s been overused, the idea for an Incan angle made sense. Nicole surmised that since the world didn’t end in 2012, there was that fittingly snug idea that there be people with special powers  in her mythology keeping that from happening. Angela remarked that she liked the idea that it’s women who are tasked for the job. Nicole revealed that it was the feminist in her that did the writing. 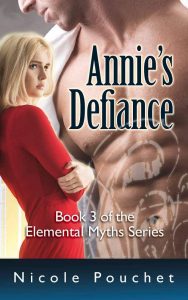 Nicole said that among the great things that’s come out of having her own books is being a part of a community and being able to live the A-Life, which for her is having the freedom to write as she pleases.

Listen to the Nicole Pouchet interview on BlogTalkRadio