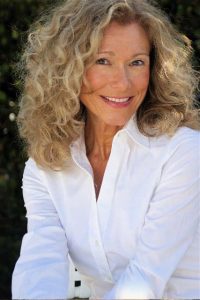 The book is actually Helen Noble’s second book and first novel, with the first one being a non-fiction title called Being Simply Beautiful, and it was inspired by a cycling trip she took through Ohio. It was there that she learned that it took around 25,000 seeds to plant an acre of any crop, be it corn, wheat or sunflowers, and it was from this, and the realization that, in life, as in Nature, some things grow and some don’t, that gave her the idea and title for the book.

As she mentioned in the interview, Helen wants all women to know just how beautiful they are, and it was because of this, as well as her experience with her own sensitive skin, that led her to start her skin care company. Her books are an extension of this desire, and when Angela remarked that a lot of the budding authors she coaches began writing after a painful personal experience, Helen remarked that 25,000 Seeds began after her divorce.

Writing out Being Simply Beautiful was easy for Helen, and she got the book published within a year of starting to write it. 25,000 Seeds, however, was unknown territory to her, and it took her one and a half years to publish it. She admitted that she didn’t write daily when she started out, and in those times when she was stopped, Helen would go out on long walks and just make notes on the paper she brought with her, sorting these out once she returned. She went through at least three drafts, and as she integrated, into each successive draft, the comments of those she presented the drafts to, she got even more and more excited, to the point when she was actually writing every day, apparently in a state that Angela described as the “author feelings state,” where writing came from a place of joy and freedom. 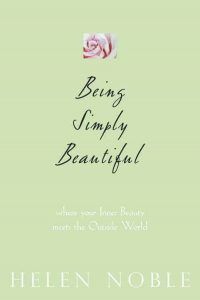 Completing the book enabled Helen to change her outlook in life, integrating the various parts in her life, thanks to the creativity that was unleashed in her. With regards to marketing, Helen remarked that she wished she knew more about social media. She had done book signings and remarked that some book stores have “local author days,” when local authors conduct book signings. Helen also found alternative channels to sell her book, with one example being when she arranged with a city gallery to display the images she took during her Ohio cycling tour, during which she would do a talk; and since the gallery would send out invitations to the people in their database, this would be an opportunity for her to so sell her book.

Listen to the Helen Noble Interview on Book Journeys Radio