In this post, we review Dr. Angela Lauria’s Book Journeys interview with Carolyn Wilman, author of You Can’t Win if You Don’t Enter. 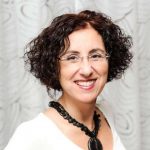 Even as a child, Carolyn loved entering contests, such as dial-in contests to win tickets to concerts, and as she wasn’t then of legal age she had her mother collect the prizes. Over time, entering contests became her hobby, creating a system through trial and error and changing as the contest systems changed – from dial-in to social media, for example. She became a marketer, and as such she knew that companies spent a lot of money on those kinds of promotions (USD 3B in the U.S. in 2013, according to her), as well as being able to see the situation from the point of view of the company and from people, like herself, who entered contests as a hobby. Carolyn’s hobby became so successful that, over a thirteen-year period, she estimates she won a quarter of a million dollars, and with such experience behind her, and after being asked several times by several hobbyists what her system was, Carolyn decided to write her book on the hobby. 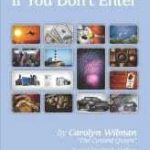 It took Carolyn twenty months to write her book, which, for Carolyn, was an exercise in persistence. She took the advice that someone told her, to write a table of contents and then just keep writing, and that was what she did. It apparently took another six months before the book was published, which was another exercise in patience for her, as she needed to edit and re-edit her book during that time, and after it came out the book ignited flame wars among contesters, who were mad at her for revealing their hobby for fear that companies would stop holding contests. Carolyn even mentioned that several contesters accused her of causing all the changes in the way that contests were held, an accusation she regards with some humor, for she notes that companies have long known that the hobby of entering contests has long existed, and that companies, who have, according to her, increased their spending on such promotions from USD 1B to USD 3B in a ten-year period, will expand their spending the more the number of people who enter. As for her own book, Carolyn admits that she didn’t earn much money from it, but that her main motivation for doing so was to help others.

Becoming a published author led Carolyn to do things and meet people she otherwise wouldn’t have met had she not been such. She particularly likes conventions of contesters, and in 2014 planned to attend four or five of these. Also, because she was a marketer herself, Carolyn is able to explain to others why companies do the things they do, as well as work with companies to start promoting contests within the contester community before it is rolled out to the general public.

Listen to the Carolyn Wilman Interview on Book Journeys Radio