In this post, we review Dr. Angela Lauria’s Book Journeys interview with Donna Henes, author of The Queen of My Self. 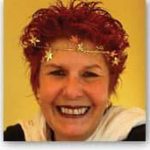 Donna had always been a writer and, indeed, The Queen of My Self is actually her fourth book. Donna knew of the old concept of the three stages of a woman’s life – the adventurous, curious maiden; the mother who gives birth to something she is passionate about and nurtures it to growth; and the wise, old crone – and realized that the middle years didn’t quite fit into these three stages, at least not as far as women with long-lived lives are concerned. She realized that the middle years of a woman’s life are potentially those of excitement and exploration, and as she was strongly into empowering women, and as she had likewise researched on, and was experiencing, her middle years, Donna decided to write a book on the topic.

Donna wrote the book out late at night, when she couldn’t be interrupted and when the quiet was conducive to writing, as she was kept busy with her work as an urban shaman, spiritual teacher, speaker and writer by day, and in this regard she could write until 3am the following morning. It also helped that, for two weeks, she was given time to do nothing, in effect, and she then used that time to focus on writing. She finished the book in six months, and in this regard was impelled by the publisher with whom she had signed up, as there was a deadline for her book’s release which she had to meet. 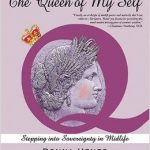 Donna was helped by her literary agent, who helped her develop her book as she wrote it, and she had high hopes with the publisher she worked with, as they had a complete marketing strategy prepared for her book. She was, however, surprised when, after she sent her manuscript in to her then-publisher to be edited, the editor returned with several pages of criticism that indicated that he didn’t understand what the book was all about, despite his having several meetings about it with Donna. Donna perforce returned the advance the publisher had given her, bought the rights to her book back, set up her own publishing company, and then printed the book out herself.

Donna included several stories about women in her book, and paid particular attention to issues that came up among a lot of women while she was doing research for it, and while books sometimes don’t come out as originally conceived, this one did. In addition to distributing her book during speaking engagements, Donna uses Facebook, Twitter and her own website to publicize the book, as well as two distributors to get it into book stores. She also keeps in touch with five thousand subscribers with a weekly newsletter that picks up where the book left off, using an e-mail marketing company to do so.

Listen to the Donna Henes Interview on Book Journeys Radio

← I wasn’t sure if it was possible.Joan Lunden & I →
Comments