On this episode of Book Journeys, Angela interviews Travis Collier, author of Command Your Transition: Declare Your Intent, Craft Your Mission, Make It on the Outside. 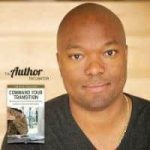 Travis Collier has been in service with the Coast Guard for fifteen years, and it was during his eleventh year of service that he became concerned about whether or not to stay in or leave the service, particularly since his chances of promotion at the time were rather low. His subsequent experience, which included talking to others who were likewise in the service who had the same kind of concerns as he did, and the defining moment for him was when he spoke with an Army chaplain who was in much the same situation that he was in and who wanted to leave the service to work at a non-profit organization.  From all of this he gathered the material that eventually became Command Your Transition. 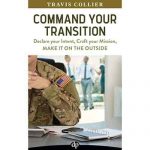 Command Your Transition is the second book Travis wrote, and he admits that finding the time to it was a lot more challenging than when he did his first book, which was done in idyllic circumstances during a two-week leave. Writing Command was done while he was on active duty, in a new assignment, while working on a lot of things, and he had to carve out the time to do so. What helped him out greatly was the creation of his ideal reader, which he always kept in mind.

Travis notes that a book is more permanent than a blog, and also remarked that he never thought he could write out a book in a year, much less two in a year’s time. He notes that writing the book has enabled him to be more honest with himself as well as enabled him to simplify his life and focus on his interests. To those who would write a book, Travis points out that a book isn’t necessarily the proper venue to fulfil a purpose, but if one is to write out a book, then one should be sure about whom one would like to help and figure out how one could help them, otherwise writing a book will just be for purposes of vanity.

Listen to the Travis Collier Interview on Book Journeys Radio

← Our 174th Bestseller In A Row Is Our First 10,000 Download Book Launch!Jim Shields: Basking In The Glow Of Recognition Is No Joke →
Comments