Paul has been a clinician helping people with personalized nutritional healing for twenty years, which is, perhaps, no surprise as he admits he is passionate about helping people get well and then staying well. He is also practical in his approach, and, realizing that people might not be committed to working with a professional on their health, used this approach for his book – which is actually his third published book – to dispel some myths and give practical information on what the reader needs to do to improve her health. Paul specifically targeted women, mainly, because women took the lead in health matters for their households, and their families followed.

Paul chose books as the medium for his communication because, as he remarked, “people tend to covet a book – they throw away a piece of paper.” Writing didn’t come easy for Paul – as he shared in a story, he couldn’t express himself well on paper when he was taking law school, which shocked his professors, as these knew that he knew the subject matter – but he learned it quickly, particularly the aspects of organizational structure and tone, when he worked with a co-author on his first book, The Great Health Heist. 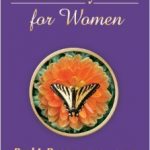 Paul used a computer to write out his book, and he found it particularly useful, as he could change the font to fit his the needs of his ageing eyes, and while his approach to writing was to do so at his own pace, as he had his own practice to work on, when he did so the subject matter flowed out easily.

Paul considered having an established publishing house print The Great Health Heist, but after looking things over decided to go with an author-financed publisher. Paul and Angela got into a discussion on traditional publishers at this point, with Angela mentioning that going with a traditional publisher probably being better for fictional works, and that traditional publishers give only 7.5% royalties on the books they publish, whereas, with other publishers, the author can keep the rights to his book and get most, if not all, of the royalties from the book. Paul also noted that books are rarely sold at list price, and that he expects to get only one, or at most two, dollars from the sale of each book, which makes marketing a book, or even sending it out to reviewers, which is what Paul did, a somewhat economically risky proposition.

Paul had a ready audience for his first book, in the form of his fellow nutritionist practitioners, particularly after it was adopted to promote the Nutrition Response Testing method. He also used his becoming a recognized expert, due to the publication of his book, to parlay into his becoming a radio talk show host on health and wellness in the Portland, Oregon area.