On this week’s episode of Book Journeys, crowdfunding expert, Patty Lennon is Angela’s guest. She is the author of The Crowdfunding Book. 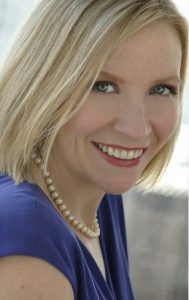 Capital. It seems everybody needs this, especially now that startups are booming again. Crowdfunding is a way for people to ask for financial help that’s outside of the usual channels. Simply put, it’s asking for  money from other people, most of whom are strangers.

Patty revealed that she had been working on writing a different book, a memoir, prior to The Crowdfunding Book. But following Angela’s advice, she set out to write the latter instead, believing that it would be a great service to the people that she teaches who are looking for a way to connect with her beyond the lecture room or stage where she speaks. Her other motivating factors included more speaking engagement and better earnings. But looking back, she admitted that she saw it was more about her ego messing with her. The fact was her book was about providing a service to others. she saw it was really more about how she can help others rather than how it can be of help to herself.

Patty’s planned memoir was all about herself but she thinks it was more of a chore to write since she was too closely tied to it. The Crowdfunding Book, on the other hand, was based on defined steps that she had taught over and over again and all she had to do was follow a writing schedule and lay down in writing what she often spoken about. What she kept in mind during the writing process was that she wanted someone reading her book to feel that he or she is not alone in the process and that they have a handy companion along the way that would help them to succeed.

Patty admitted that she did have the fear of being pigeonholed as just a crowdfunding expert when she really wasn’t ready for such a limited definition of herself. She said that it would be okay with her if someone criticized her for her book, because in many ways, that would be overshadowed by the fact that she considers her creation as a gift as her first how-to book that she can guarantee would be helpful to the reader because the process she’d outlined in it had been tested and proven so many times, so that even if she’s criticized, she’d be okay with it. “You really just gotta keep saying, ‘Who is my reader? How can I be of service to them? Is it truly fair to put it out like this, or is there something more I can give it that will make it better for them?’”

Caring the way she does for her readers, it would seem to be hard for them to be critical, especially after she’s helped them succeed in crowdfunding. Catch more of Patty at pattylennon.com.

Listen to the Patty Lennon interview on BlogTalkRadio