In this post, we review Dr. Angela Lauria’s Book Journeys interview with author Nancy Olah, author of Fool a Carnivore: Meaty Main Dishes… Minus the Meat. 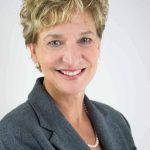 Nancy had been a vegetarian for over three decades, with the triggering event for her being when her father, who had high cholesterol, died at the age of forty-seven, while Nancy was only nineteen years old. She decided to become a vegetarian after that event, as she realized that, even though, as a woman, she had some resistance to the history of stroke and heart disease that ran in her family, she needed to change her diet so she could live a long life.

Nancy was a fan of Julia Childs, watching her shows on black-and-white TV in the 1960’s, and her Italian mother also influenced her love for food. Over the years, Nancy created a repertoire of vegetarian dishes that meat lovers liked – one of whom was her husband – and while she collected several suitable recipes since the early 2000’s it was after a dinner in December 2010 that she committed to writing the cookbook. At that buffet dinner, Nancy’s lasagna dish was the first one to be finished off, with the meat-loving eaters not knowing it had no meat in it, and it was after people asked her for the recipe that she realized her cookbook would help meat eaters enjoy meatless meals. 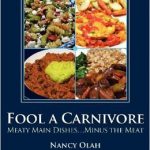 Nancy is a business attorney, which requires a lot of writing, and she applied that same discipline to writing out the cookbook. She would spend three hours a day cooking and trying out recipes and ingredients, in addition to actually writing the book out, and after completing the manuscript she tried to get the interest of literary agents in it. With none of the agents being so interested, Nancy then self-published her book, doing research on several self-publishing houses before settling on CreateSpace due to its links with Amazon and because she liked the idea of print-on-demand.

As an attorney, Nancy was very specific about the wording of her work, so she was somewhat dismayed to find editing errors in all three of the drafts that CreateSpace sent back to her. She was, however, fortunate to have help from two successful people in the food industry who helped mentor her throughout the process and a few others who helped her properly edit the book.

As with most authors, Nancy discovered that marketing her book was a lot harder than writing and publishing it. Although, as an attorney, she already had a LinkedIn account for such professional purposes, by her own admission she had to be “dragged, kicking and screaming,” onto such social media platforms as Twitter, Facebook and Pinterest. The book has already helped several people, one of whom was one of Nancy’s friends who lost forty pounds thanks to the recipes within.

To would-be authors, Nancy recommends getting feedback from authors who have already had experience working with the publishing houses they intend to go with.

Listen to the Nancy Olah Interview on Book Journeys Radio

← You an Eagle or a Falcon?7 Ways to Conduct a Successful Crowdfunding Campaign for Authors →
Comments