This week’s Book Journeys Radio episode has Maggie Huffman as Angela’s guest. Maggie (as of this posting) has written, not just one, but two books, Whoops! I Forgot to Achieve My Potential and WTF?!? I Still Believe This Sh-t? 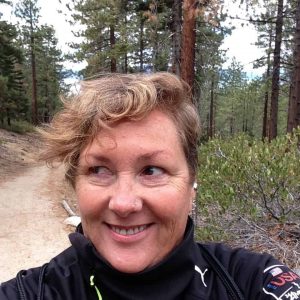 The first book, according to Maggie, is “for anybody who wakes up one day and says, ‘Wow! How did I get here? This isn’t what I’d planned for my life… How did I get back on track or do I wanna get back on track? Is it too late to get back on track’ Maggie clarifies that it’s a plan to help people figure out what they want to do now and not what they want to do back when they were a superstar or something else. The other book, which is really a companion to the first one, tackles the problem of people who find the answer, get back on track, but only to end up making the same mistakes as before and end up where they don’t want to be. It’s about identifying outdated beliefs and trashing them.

Maggie explained how she came up with the topics for her two books. She said that her coaching had a lot to do with what went into her books. She sifted through what was effective in what she had been teaching people and closely looked at where she was and where her clients were. It wasn’t an easy task at first since it was like she wanted to throw everything in the book when she started, and that kept her from having a focus. So what she did when she had an idea to consider was to write it down on a Post-It and leave it for later, if not in the current book, then as content for one in the future.

Maggie admitted that there was a time when she wrote a memoir but didn’t really do anything with the material. At that time, she was only 27 and she felt she could write but the thought of actually writing a book just came to her later in life. She simply felt she wasn’t entitled enough to be writing a memoir and called her work “really, really crappy” and ridiculous. She now believes that a book doesn’t have to be a story and that it can be so much powerful than that. Her early vision for success was having a well-written and accurate book, but that’s changed since then and that’s now how she sees being successful is now. 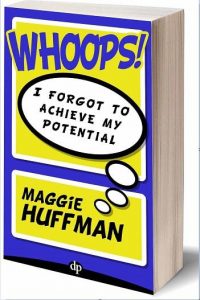 Today, Maggie’s version of success as an author is finding her ideal reader and making a difference in their lives. It’s not driven any more by how perfect the grammar of the writing is or how beautiful the words are. She recognizes those things as being great goals, but she explained that beyond these things, people (writers specifically) might not know or have a real goal for the book. “What do they actually really want here in picking something and being clear about it?” she emphasized. She explained that if that’s not defined, writer’s block happens, which is what happened to her when she was writing the second book—she simply allowed too much time for mental chatter, which she called “little head trips” which compromised her focus and her self-esteem.

When thoughts of “unworthiness” came up—what she’d call “impostor syndrome,” she’d break that spell and do things like go for a bike ride or do variety shows for her pets—anything that allowed her creativity to get back on track, finish the book and do the post production stuff which includes promotion and marketing. Maggie says there’s a lot of energy that goes out with the thrill of having a book published but that it doesn’t last long and the inevitable downtime follows which can stop you on your tracks. She explains the importance of having a plan to keep the momentum going. “You have to create awareness and remember why you’re doing the book,” she said. Her advice to writers dreaming of or working towards a book is to talk to Angela and to come to terms with their own unique voice.

Listen to the Maggie Huffman Interview on Book Journeys Radio

← HOW TO HAVE A FAIRY TALE WEEKEND – EVERY WEEKEND!Candice Ragland – Book Journeys Author Interview – May 19 2016 →
Comments