In this post, we review Dr. Angela Lauria’s Book Journeys interview with author Lisa Gibson, author of Life In Death: A Journey from Terrorism to Triumph. 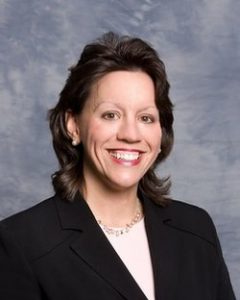 Lisa Gibson’s brother, Ken, was a US army specialist stationed in Germany who was on his way home for a Christmas reunion with his family when, as a passenger on PanAm 103, he was killed when that flight was destroyed by a bomb over Lockerbie in December, 1988. (As it was, Angela Lauria’s friend, Trisha Coyle, was also on that same flight, and suffered the same fate.) The book is essentially a memoir, a chronicle, of her personal journey after that event, and how she eventually chose to overcome evil with good, becoming a conflict coach, or someone who works to resolve conflicts.

Lisa didn’t write the book out as she was going through her personal journey. Instead, she wrote it out seventeen years after that event and, as she admits, she needed to take the time to remember what had happened. Also, when she started writing, she admits she had no idea how to write a book, so she took a course that taught her a methodology which was in accord with the “linear” way she did things. It then took her three months, to write the book, and her method in doing so was to write in bursts of ten-minute intervals – write for ten minutes, then do something else, and then come back to write for another ten minutes, in other words. 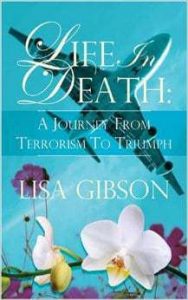 A memoir, according to Lisa, is difficult to sell to a publisher, and one of the things she notes she might have done differently was to find a publisher prior to writing the book out, as well as get some additional input which would have changed the way she would have written the book, so it would better impact the readers.

Lisa also remarked that she had to learn how to sell the book, as her being the one to sell it was a big surprise to her. She also admits she didn’t make the most of the publicity surrounding her meeting with Quaddafi, which was picked up by several news outlets, to help market the book. At first, Lisa had some blocks when it came to selling the book, as doing so initially felt like self-promotion to her, but after a time she realized that she was selling the message of the book, and from then on she regarded marketing as an advocacy.

As Lisa pointed out in the interview, her becoming a conflict coach stemmed from this event, and this has enabled her to travel and coach in such conflict-ridden countries as Libya, Iraq and Afghanistan and reach people she wouldn’t have otherwise been able to. As for advice to would-be authors, Lisa recommends finding someone to be accountable to, as well as to focus on only one thing to make the book understandable to others.

Listen to the Lisa Gibson Interview on Book Journeys Radio