On this episode of Book Journeys, Angela interviews Andrea Hanson, author of Live Your Life, Not Your Diagnosis: How to Manage Stress and Live Well with Multiple Sclerosis. 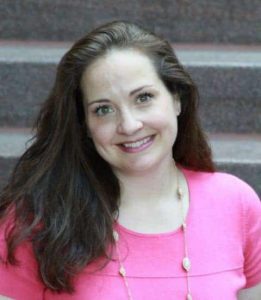 Andrea Hanson coaches people who have multiple sclerosis, a condition which she, herself, has. Andrea knew that multiple sclerosis (MS) is caused by the body’s immune system, and as the body’s immune system’s activity intensifies during times of stress, she developed various tools to enable herself to deal with stress her life, rather than have her life lived for her by the condition. Andrea started writing her book, to reach others who, like herself, had MS, but whom she couldn’t directly coach, by making an outline, and that was as far as she got on her own. She admitted that she had a lot of support, but not the specific kind she needed to get her book written, and so she searched for ways to do just that. She investigated self-publishing, got somewhat turned off by what she discovered, but continued to search for a team until she finally settled on the Difference Press.

For Andrea, getting involved with the team at the Difference Press enabled her to more clearly visualize her book and enabled her to write a book in a more powerful way, one that a reader could better understand what she was getting at. Andrea admits that she would not have been able to write out the book in the time that she did, and also admits that a lot of fears came up while she was writing it. She also remarked that, once she was done writing, a lot of the things that she got “freaked out” about didn’t matter, in the end.

Andrea noted that she writes in spurts, blocking off two or three days at a time where she does nothing but write, and whenever she gets stopped she goes for a walk with her dog for around an hour or so, after which she’s ready to begin writing again. This enabled her to stay present, noting that, in that space, everything else that could be stressful aren’t happening in the then and there.

Andrea admits to feeling a great sense of accomplishment at having completed the book for a short period of time before moving on to what she would next be able to do. Since her book was released, Andrea has been asked to talk at several meetings for people diagnosed with MS, including one at a hospital for those who were newly diagnosed MS as well as for their caretakers, and she admits to liking it a lot when she gets feedback from people who have been positively impacted by her book. 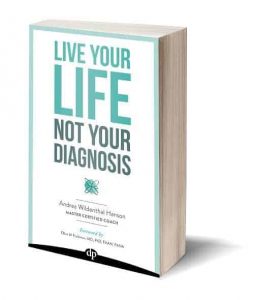 To those authors who haven’t been able to move forward in writing their book, Andrea recommends strongly that they find a team that can help them do so.

Listen to the Andrea Hanson Interview on Book Journeys Radio

DOWNLOAD the PDF:
Watch out for Angela’s interview with another exciting author.