In this post, we review Dr. Angela Lauria’s Book Journeys interview with Lisa Barretta, author of The Street Smart Psychic’s Guide to Getting a Good Reading. 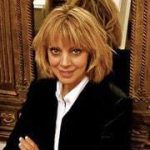 Frustration was one of the reasons that Lisa wrote the book for, as an astrologer and intuitive counselor, she came across clients and people who didn’t know what it was like to be a psychic reader. A lot of people regarded such reading to be merely a source of entertainment, whereas it was a serious matter to Lisa and others like herself, and Lisa was also concerned about junkies who asked silly questions and who called up every hour and every day, rather than letting the process flow (Lisa recommends following up only once every six months or so) – something her peers likewise noticed, which was no surprise as a reading enabled clients to talk about their favorite subject, which was themselves. Lisa was likewise undergoing some changes in her life at the time, with the ending of her marriage and with her kids having left to make their own lives, and that gave her the time to sit down and figure out what would be next in her life, and it was from this situation that she wrote her book out.

Lisa admits that she’s the kind of person who needs to be free of distractions, such as phone calls and the like, so she made sure she could be alone with her thoughts as she wrote the book out, during which time she came up against writer’s block every now and then. Lisa also read up on the entire writing process, using both the Internet and books, and her research proved to be a learning process for her, as was the process of editing the book with the publisher. 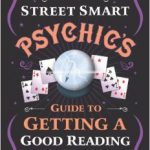 Lisa wrote out and sent query letters directly to publishers and was surprised when one responded, saying they were interested in her book. She originally wanted the book to be called The Psychic Junkie’s Guide to What It Means to Get a Good Reading, but her publisher nixed that in favor of its present title – something Lisa didn’t particularly agree with – as they claimed it would sell better with their title, and Angela remarked that publishers have the last say on the titles of the books they publish.

Lisa wasn’t aware of the importance of promoting the book, but by the time her second book came out, with a different publisher, she was more on the ball. Her second book’s publisher was more proactive when it came to promoting her book, but Lisa also did her part, finding groups in the niche market to whom her book appealed – such as the indigo children – and hooking up with them so her book could get an audience. To promote her book, Lisa takes every opportunity available, such as radio interviews, not turning down the latter unless she’s really unable to.

It was because of her book that new doors opened up for Lisa, one of these being the producer of a documentary on the afterlife. She also recommends that authors write about something they are passionate about.

Listen to the Lisa Barretta Interview on Book Journeys Radio

← Dr. Patricia A. Farrell – Book Journeys Author InterviewCan I buy you something? →
Comments