On this episode of Book Journeys, Angela interviews Randi Rubenstein, author of Am I Screwing up My Kids? 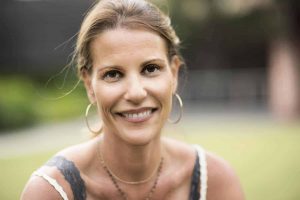 For over a decade now, Randi has been working parents on how to raise children, using the tools she, herself, has used to raise her own children, and as time went on she realized that there was a gap between her clients learning her tools and being able to actually use these, particularly in times of stress, when her clients would revert back to the old habits and tools they had learned while growing up. The experience would leave her clients frustrated, guilty and thinking they had just wasted a lot of time and money, and this made Randi determined to find a way to create what she called “graduate level work,” and the book sprang from this desire. 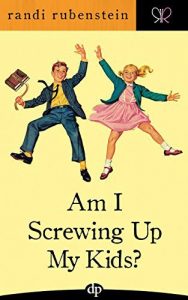 Randi did her research before ultimately signing up with Angela’s “Three Days to Done” process, and the process was a “joyful” one for her, as writing out the book flowed for her. She is a self-confessed “extremist,” so she was actually annoyed when she needed to take a break during the process, as this took her away from her writing and away from the feeling of flow that, she admits, she hadn’t felt as far back as she could remember. Her biggest challenge was editing her book, as this was something she resisted, but a solo trip to her family’s place by the beach enabled her to finish the editing in thirty-six hours’ time.

Angela brought up the subject of Randi having neck problems during the process, mentioning that any concerns, such as bills, that might be affecting a writer will show up more strongly during the writing process, and that would-be authors use these to stop writing. Randi remarked that her condition was due to her writing out her book in bed, and after listening to her body she went to write on a table to improve her posture. Randi remarks that doing so actually helped her writing, as she admits that she would not have written the book she eventually did had she not transferred to writing on a table.

Publishing the book has given Randi a sense of accomplishment and a great deal of confidence. She uses it as an adjunct to her coaching business, enabling her to create powerful results for her clients, to which Angela shared her own experience with writing down the Difference Process, which enabled Angela to become a more powerful book coach, despite the fact that she originally didn’t believe that there was a process when it came to writing a book.

Randi notes that her ideal reader is based on one of her clients, an anxious mother who would “put her head in the sand” when things got tough, and she then remarked that dealing with mothers on the other end of the spectrum, aggressive ones who scream and yell, are more fun to work with, as these are the ones who take charge of situations.

Listen to the Randi Rubenstein Interview on Book Journeys Radio

← Why was a famous stranger in my house?Gina Catalano – Book Journeys Author Interview – Sept. 15, 2016 →
Comments