In this post, we review Dr. Angela Lauria’s Book Journeys interview with author Krista Dunk, author of Step Out and Take Your Place: How to Discover and Live Your Everyday Calling. 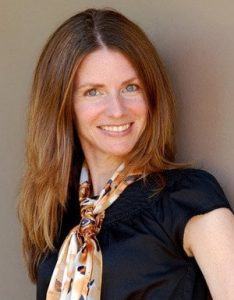 In the interview, Krista mentioned that the book came out of her personal experience of finding herself in a place where she had no clarity or confidence in what she was supposed to be doing, and asked a lot of questions, such as what it was she was supposed to be doing in the first place, what gifts did she possess, and who the people were whom she was called to influence.  She remarked that she, most probably like most other women, wanted to know she was making a difference and improving the lives of other people.  As a result, she went on a personal journey that lasted a few years, at the end of which she had a lot of information and a revelation of herself, finding clarity in how she could help and influence people, as well as what natural abilities and gifts she had.

Krista mentioned that she didn’t envision what goal she was striving for, as it only became clear as she wrote out her book, and as for writing the book out, it began as a massive “brain dump.”  Her book turned out to be her sharing of her personal journey, as well as how others could develop themselves by possibly taking a similar journey.

Krista chose to go with a publisher, and although she did so, she was also involved with creating the look and feel of the book, which could have been the job of the publisher.  Over the course of the interview, both Krista and Angela clarified that, while a publisher is one end of the publishing spectrum and self-publishing is the other end, there is a range of intermediate methods in between the two ends.  The publisher Krista went with offered different packages within this spectrum, and Angela remarked that, by going with a publisher, even though it might have cost her a bit more time and money – it takes a year to eighteen months, Krista noted, before her book came out – she nevertheless was most likely able to avoid big, beginner mistakes by partnering with a publisher.

Another big point that came out in the interview was that publishing houses don’t market books for authors – authors have to do that themselves, and if publishing houses to market books on their own, they do so in order to recover their own costs.  Making use of a publisher to market a book is an additional expense, and if a customer purchases a book from a publisher, the latter gets a cut from the profits for their commissions and suchlike.

Writing the book has enabled Krista to get speaking engagements, which she knew she would do even before she wrote the book, as well as a few free lunches, as Krista laughingly mentioned, from people who were interested in writing their own books.

Listen to the Krista Dunk Interview on Book Journeys Radio