On this episode of Book Journeys, Angela interviews Jen Dalton, author of The Intentional Entrepreneur: How to Be a Noisebreaker, Not a Noisemaker. 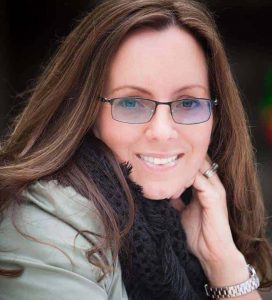 Jen is, herself, the founder and CEO of her own company, BrandMirror, and she works with CEO’s and executives of various companies to help them create their own personal brand. When she started her business in 2012, rather than focus on the traditional business target of revenue, what she focused on was the number of people she could impact, with her goal for 2014 being a thousand people, her goal for 2015 being ten thousand people and her goal for 2016 being a hundred thousand people. She realized that she couldn’t impact a hundred thousand people through her business alone, and this became a reason for her writing The Intentional Entrepreneur. Jen deliberately included the word “intentional” in the title because being intentional, according to her, saves a lot of time and increases one’s productivity and impactfulness. 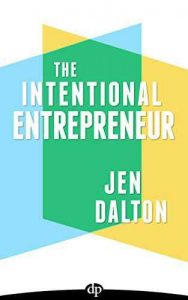 Jen remarks that, although she wrote the book out in thirteen weeks, she already had been thinking about it for two years. Jen freely admitted that she would not have been able to complete the book on her own, which is why she was thankful for Angela’s process, which gave her a sounding board that enabled her to see how her book was developing, and for the peer pressure she felt, as she in a group of would-be authors who were working on their books at the same time that she was working on hers. For her, the most difficult part was getting past the first chapter, and she also had to get past her own preconceived notions that creating an outline for a book, then following it, would automatically ensure that the book would get written, as she learned that outlines could be constricting and restrict creativity.

Jen remarks that, although she wrote the book out in thirteen weeks, she already had been thinking about it for two years. The book uses the same process she uses when working with her clients, and thanks to her work she had so many case studies that she really had to pick which ones would fit in best. Her book launch, the proceeds of which went to a charity she supports, featured some of her clients who went up onstage and delivered an impromptu panel discussion, and she notes that the book has opened up speaking engagements as well as access to such CEO and executive groups as Vistage.

Jen notes that a book is a creation that needs to be nurtured after it is written, and that most of an author’s work comes after writing the book due to that reason. For would-be authors, Jen recommends that they get their book written ASAP, as more and more people are writing their own books, and that, when they do, they need to keep in mind the exact person whom one is writing for.

Jen can be reached at [email protected]

Listen to the Jen Dalton Interview on Book Journeys Radio