On this episode of Book Journeys, Vice President for The Author Incubator, Jenn McRobbie, interviews Jeanne Andrus, author of I Just Want to Be ME Again: A Guide to Thriving Through Menopause. 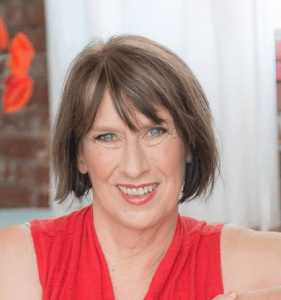 Jeanne Andrus is  the Menopause Guru who had, herself, experienced menopause. I Just Want to Be ME Again is essentially a guide on what menopause is all about, intended to be read and its information used the same way sex education is taught to girls when they reach puberty. Jeanne remarked that actual changes take place during menopause which make people relate to the world in a way different from the ways they previously did, and that she wants to share all she knows about menopause to enable people to more powerfully move forward in their lives. 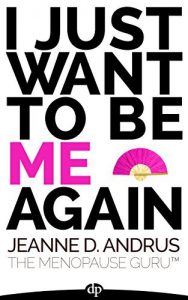 In actuality, Jeanne has, to date, written three books and is presently working on her fourth book. I Just Want to Be ME Again was the first book she had written, with Lighten Up being her second book, which was on the topic of weight loss during menopause, and Chill Out, whose topic is on hot flashes during menopause. She wrote all three books, using Angela Lauria’s Difference Process, as she admits that she needs someone to call her attention to the deadlines necessary for the writing process, and admits that she likes working with Angela and her editors, as the latter mince no words when it comes to making her book more impactful and more readable, compared to the “advice” she receives from those in the writer’s group that she participates in. Jeanne also remarked that she had a lot of information to share, but that, by working with Angela and her editors, she could focus each book on one particular aspect of menopause, rather than writing out one book on everything she knew, right off the bat.

Jeanne uses music when she writes, describing how she starts to listen to alpha wave music five minutes before writing and then listens to the music all throughout the time she writes. That said, she has often experienced “shiny object syndrome,” wherein she is distracted by something, like a desire to go out and do something other than write, and she remarks that Angela, in cases like this, advises writers to take their “writer’s temperature” to see just how much in the zone they are; and if they aren’t in the zone, they should do something other than writing. Jeanne remarks that that kind of permission actually made her a better writer, as she can thus give herself permission to do as she needs to and still stay on track to write her book.

Because Jeanne’s books don’t hold all the information she knows, the books, for those who are interested in learning how to move through menopause, are more of an introduction to the topic than anything else, and when readers want to engage with Jeanne with her menopause coaching, she doesn’t just regurgitate all the information in her books but gives a lot more, to help her clients out.

Listen to the Jeanne Andrus Interview on Book Journeys Radio