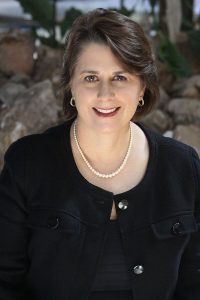 Gina has been working with CEO’s and entrepreneurs for the past two decades, and she has also been in charge of companies herself, which gives her a great deal of insight about the challenges facing entrepreneurs and business owners, particularly when they need to expand their business. The idea for Tandem Leadership was laid when she was in a seminar and had a conversation with another participant on the value of leadership to companies, and after that she eventually signed up with Angela and wrote the book. 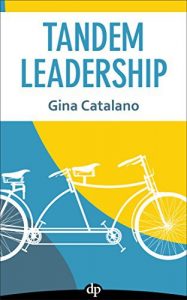 Gina had initially intended to write the book out in the same kind of style as other business help books in the market, but after she couldn’t finish writing the first chapter she then had a conversation with her editor, who suggested writing it out as an allegory – something like a fictional story, in other words – and that style proved to work for her. She had a clear view of who her ideal reader was, and thus writing out the book was a relatively easy process for her. She would do so by first going to a coffee house and writing a part out for a few hours, and after that, if she still had more to say, she would go home and write out some more. She still got stuck on occasion, and when she did she would go out and do something totally unrelated, and by the time she got back she would usually be able to write again. Gina remarked that doing so helped her get some good ideas, such as the shelving product that the company of her book’s protagonist created, and that she now uses that as part of her system when working.

While Gina did experience the kind of negative thoughts that afflict all writers and would-be authors, her previous experience as a business leader enabled her to manage these, and the same went when she accepted interview requests for podcasts and for speaking engagements. Angela then remarked that having a book enables an author to more easily get speaking engagements and clients, as well as execute the work they had already been doing in a different way, to which Gina agreed, saying that she now shows up differently from the way she used to prior to the book’s publication.

While Gina originally intended the book for entrepreneurs and small to medium sized business owners, she discovered that people who weren’t entrepreneurs or business owners were able to pick things up from it which they could apply to their own, personal lives, such as office workers with their co-workers and wives with their husbands. For those who would write books, Gina recommends that they create their ideal reader and make that person the most important person in their lives, and then to create some sort of framework for accountability to ensure that one stays on track when writing their book.

Listen to the Gina Catalano Interview on Book Journeys Radio