In this post, we review Dr. Angela Lauria’s Book Journeys interview with Chloe JonPaul, author of Entering the Age of Elegance – A Rite of Passage and Practical Guide for the Modern Maturing Woman. 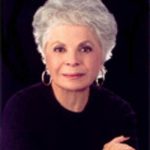 Chloe had been writing ever since she was a teenager, and in addition to being a wife, mother and teacher in her life she had also been a caregiver for her grandparents and both her parents, whom she eventually had placed in a long-term care facility, which was the basis of her first book. (By the time of the interview, she already had four books published, and mentioned these in passing throughout the course of the interview.)  Although she had fulfilled a lot of goals after the age of fifty, life wasn’t all upside for Chloe, as she had, in her early forties, been committed to a psychiatric institution on suicide watch – something she is willing to reveal if, she says, it would help another person realize that, if Chloe can become successful after such an incident, so can that person.

Chloe’s essential philosophy is to find a need and fill it, and this was the context of her writing her book, which was actually the second book she had published. The inspiration for Entering the Age of Elegance came from what she observed about midlife and female baby boomers buying into the message of youth sold by Hollywood, pharmaceutical and cosmetics companies, with these women losing their self-esteem even as they spend money buying beauty products. As she was a world traveler who had traveled to “all seven continents,” Chloe decided to write a book on the subject of ageing in the format of a popular guide book, to enable her readers to face the inevitability of ageing with grace and style. 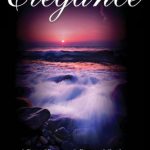 Chloe had attempted to get a literary agent, but this didn’t pan out, and she knew that established publishing companies prefer big-name people, so she self-published – a decision which sat well with her. Becoming a best-selling author isn’t one of her goals, but that didn’t stop her from marketing her books as aggressively as she has. For Entering the Age of Elegance, Chloe went to a lot of websites for midlife and baby boomer women, joined several, took note of what they were talking about, and offered to write posts for them. For her novel, which deals with teachers, she got in touch with teachers’ groups all over the United States, and for her children’s book, because the latter’s main protagonist was a girl with a long Italian name, she contacted Italian-American organizations.

Chloe is a very organized person, and to budding authors she recommends her formula, which she calls COPD – consistency, optimism, perseverance and determination. She also recommends creating a plan of action, writing it down and then consistently committing to it. Mistakes, she notes, will happen, and are to be expected, as are getting “No” from people, and what is important is to “keep on trekking.”

Listen to the Chloe JonPaul Interview on Book Journeys Radio