In this post, we review Dr. Angela Lauria’s Book Journeys interview with author Samantha Hoffman, author of A Contented Mind. 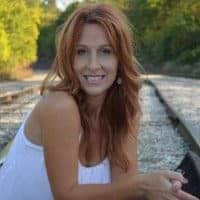 As Angela mentioned, early in the interview, non-fiction books are normally the subject of discussion on Book Journeys Radio, but in this instance she was interviewing a novelist on her work of fiction.

As Samantha mentioned, she was going through a difficult time when she started writing out the book, as she was depressed at the time. For her, the book was apparently a way for her to realize just where she was, for it was after she wrote it out and read it again that she realized that she was denying herself, wasn’t following her dreams, was married to a man she didn’t trust and was setting a bad example for her children where living a “great union” was concerned.

Writing the book out was an easy experience for Samantha; indeed, as she mentioned, the book “flowed through me” in a period of four straight weeks of writing. A lot of editing was necessary to tighten up her book, as the final, printed version was smaller than the version she had originally written out. As Samantha admitted, writing the book was more of an exercise in self-expression, rather than an attempt to make a difference, as she originally thought of just putting the manuscript away for her children to read once she had passed on, and thoughts of “Who would read my book?” went through her mind. 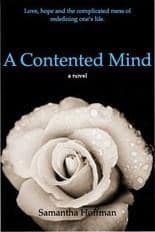 Samantha met with a retired editor, and also set up a publishing house of her own, Two Dog Press, which printed out not only A Contented Mind but the other books she has made since then – Chasing Nirvana, the sequel to A Contented Mind, and two books of a planned five-book children’s series. She linked up with Lighning Source and the Ingram Content Group to distribute her books, which are also available on Amazon.

Hiring a publicist didn’t work for Samantha, as she reflected that the results didn’t justify the expense of hiring one. Samantha instead prefers to use Facebook, noting that sales of her book increased after she began an ad campaign there, as well as direct sales, to sell her works, remarking that no one else, other than the author of a work, is in a better position to sell that work. She also mentioned that blogging was a way through which people could get a sense for people to know how an author writes.

Becoming a published author has enabled Samantha to network with, and meet, various and interesting people, such as the female creator of the Love Boat TV series (Jeraldine Saunders). Samantha also mentioned that, because of her book, the network of people she knows just keeps “expanding and expanding.”

Samantha’s advice to writers is to not give up and to lighten up on oneself, as, at least in her case, attempting to be perfect shuts down her creative juices. Lightening up allowed the book to flow, and that was what worked for her.

Listen to the Samantha Hoffman Interview on Book Journeys Radio

← Want my help selling your stuff?A gift for you →
Comments