Retired educator and motivational speaker Michael Malkush joins Angela Lauria as he shares his insights on this episode of Book Journeys Radio. Malkush is a former teacher from the Jericho Public School District on Long Island, New York recently retired after 30 years in the service, and the book “Nothing Good Comes from a But” is his freshman effort. 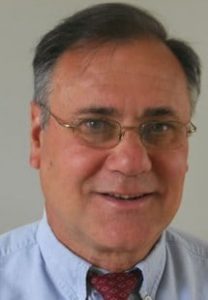 According to Malkush, he wrote his book as a way to help people. He wants to make them realize that the excuses that they make are obstacles preventing them to reach their goals. He explained that the title of the book occurred to him during his time teaching. His students were constantly coming in late to his class, and he asked some of them to explain why. He noticed that almost all of the answers began with “but”, leading him to make a play on their words – “Nothing good comes from a ‘but'”. The reaction was immediate, priceless, and thus, a title was born.

Malkush shared some of his practices during the writing of his book. Since he was used to getting up early in the morning, he did most of his writing by then. He took his time in writing the book, starting and stopping as he felt like it. At times, he also wrote for two weeks straight, then stopped and left it alone for a while. After a year of this routine, he had gathered enough material to form the book. He said that while he had relatively little difficulty in finding an agent for his book, the agent wasn’t as successful in finding a publisher for him. This led him to explore the possibility of self-publishing the book in order to get it to market.

Getting in touch with other writers that are looking to publish their own books, Malkush found that getting rejected by publishers is common for first-time authors. In fact, he related that Jack Canfield, author of the best-selling inspirational title Chicken Soup for the Soul, once told him to get rid of his agent, as getting rejected only six times in six months means that his agent wasn’t really devoting time to finding him a publisher. In fact, Canfield revealed to him that during the writing of his own book, he got rejected more than a hundred and fifty times before finding a publisher willing to take him on. 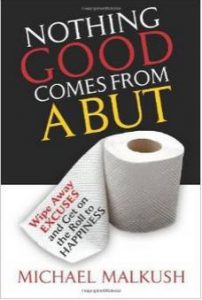 Malkush gives the same advice to writers struggling to finish their work; that is, break the work down into smaller pieces, taking on each page one day at a time, or a chapter a week if they feel like it. He says that most writers feel intimidated by the size and scope of their project, leaving them feeling overwhelmed.

In the end, Malkush says that he would consider his book to be a success if he had helped people improve their lives. Drawing on his extensive experience as an educator, he believes that that is what he does best and doing so fulfills his purpose as a person.

Listen to the Michael Malkush Interview on Book Journeys Radio