On this episode of Book Journeys, Vice President for The Author Incubator, Jenn McRobbie, interviews Kimberly Benjamin, author of Attorney by Day, Novelist by Night: Bring Your Book to Light While Still Practicing Law. 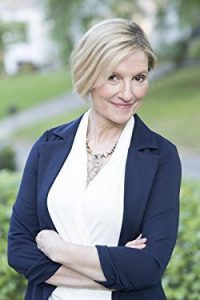 Even though she never was an attorney, Kimberly Benjamin grew up in a family of attorneys and worked with lawyers, so she was familiar with how they worked and thought. Her experiences with them made her realize that a lot of them had stories they wanted to tell, and books they wanted to write, but given their long and demanding workdays, as well as other things, they rarely got around to “pulling the trigger,” so to speak, and actually getting started on writing the story they longed to write; and it was this which influenced her to write Attorney by Day, Novelist by Night. 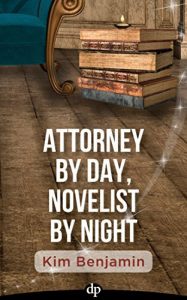 Kim pointed out that, while reading and writing is part and parcel of a lawyer’s job, such are highly regimented, down to the font and typeset, so what a lawyer produces is a factual summary rather than a story, and this, she notes, causes a lot of lost enthusiasm where writing is concerned. Not surprisingly, she remarked, a lot of lawyers want to get as far away from such legal writing as possible, once outside their work, and thus turn to fiction and nonfiction to relax. To those attorneys who seek to write their book, Kim recommends that they once again get in touch with the passion that reading and writing gives them, asking them what they enjoy about reading and what they enjoy about writing, to remind them of the magic of such.

Kim remarks that her journey, when writing Attorney by Day, Novelist by Night wasn’t a walk in the park. She noted her initial enthusiasm for writing the book, and then how real life set in, with coming home drained after a long day of work and then needing to look after such things as dinner and a family, and of needing to decide whether to spend an hour of downtime watching TV or writing out another part of a book. She also noted that there were times when she wondered if what she was writing was any good at all, and admitted feeling nervous when she realized that total strangers would be reading her book, which would have her name on it. What helped her out greatly was her envisioning her ideal reader, whose life story and details she had already written out as part of the Difference Process, as by doing so she was reminded that the book wasn’t for her but for that other person who would be reading it.

Listen to the Kimberly Benjamin Interview on Book Journeys Radio