In this post, we review Dr. Angela Lauria’s Book Journeys interview with author Joe Flower, author of Healthcare Beyond Reform: Doing it Right for Half the Cost. 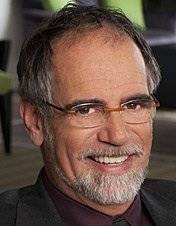 Joe Flower is no newcomer to his subject.  As he related in the interview, he began his journey into health care in 1980, when, as a way to increase his income as a free-lance writer, his wife suggested he write for the journal she was then connected with.  The journal turned out to be run by a visionary woman, Cathy Johnson, and the journal turned out to be willing to pay for a journalist who could write about health care.  Cathy began sending Joe out to interview various people who either had a big vision of health care or who were doing something new and different, and in the thirty-two years since Joe has become a self-professed “health care futurist” and has written several articles on the subject.

Although this is Joe’s first book, this isn’t his first time as an author of a book as, in 1992, he co-wrote Age Wave with Ken Dychtwald.  The book talked about the aging of America and that health care would become a big issue in American politics in the future, as it did during the 2008 U.S. presidential election, when people of Joe’s age began to worry about their needing health care.  Joe remarked that he wanted to write about things that were actually happening in different parts of the health care industry that could potentially result in lowering the present cost of health care, in his own words, “not by restricting people and doing less for them, but by doing more for them, smarter, earlier, faster, better coordinated.”

Joe’s rule for writing is simple: “Ass in chair,” as he says.  He also makes use of such writing software as Vitamin-R and Scrivener on his Mac with Vitamin R enabling him to keep track of his time and commit to writing, while he uses Scrivener to help him keep his references organized, as well as to help him stay on track with the book’s outline.  With regards to the sudden realization of things that need to be researched on while actually doing writing, Joe recommended just noting down, in that part that needs to be researched, what needs to be researched, and then research the topic later, after which it can be integrated into what’s being written.

Joe had been a speaker even before he wrote the book, and since its writing he has become even more in demand as a speaker.  Moreover, Joe has also become a consultant to such large organizations as the government of Abu Dhabi and the U.S. Department of Veterans Affairs to revamp their health care systems.

Joe’s passion for his cause came through many times during the interview, and he recommended that would-be authors discover what it is that they are passionate about.

Listen to the Joe Flower Interview on Book Journeys Radio