In this post, we review Dr. Angela Lauria’s Book Journeys interview with Janette Dalgliesh, author of Your Everyday Superpower.

As she remarked in the interview, the book is an exploration of Janette’s interest in the ability of the human brain to effectively create one’s reality. Janette has a straight science background and is interested in such things as quantum physics, but she is also interested in such topics as the law of attraction. She got interested in neuroplasticity, which is defined by Encyclopedia Britannica online as “capacity of neurons and neural networks in the brain to change their connections and behaviour in response to new information, sensory stimulation, development, damage, or dysfunction,” and then decided to explore that topic, initially through learning how pain works in the nervous system. That exploration led her into a deeper insight on the relationship between the brain and how it views reality, and this is what her book, which she refers to as a “user’s manual” to the brain, explores.

As a writer, Janette has written stories, so one would think that writing a book would be easy for her. Janette found that having deadlines helped her get over what she described as “the hump,” a reluctance to writing, as she worked with Angela to get her book written. Writing the book also proved to be a learning experience that enabled her to figure out what her writing process was, which was to wait until the last few days before the deadline before actually writing out her drafts; and once she figured this out, she stopped making herself wrong for that, which then made the writing process a lot easier for her. To would-be authors, Janette thus gives two pieces of advice based on this experience, with the first being to find someone who will hold a writer to account for the completion of the book, and the second being figuring out one’s own process for writing and then to go with it. 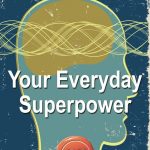 Janette and Angela went into a bit of a conversation about how tricky it was for a writer to show a draft of his work to another person. The latter should be someone who will give the kind of feedback that will enable a writer to continue moving forward, rather than someone who will slow down a writer for a potentially long time, and Janette gave the example of an editor who didn’t get what a short story that she had submitted was all about. Janette admits that this was because she, herself, wasn’t clear in her writing, but it took her working with another editor to keep her going.

Ever since the book’s publication, Janette has felt comfortable about being finally able to call herself “author,” which is a desire she has had for a long time. She also feels a sense of satisfaction whenever she learns that her book has helped others who have read it, with her example being that of a woman who, after reading her book, went to a pain psychologist to deal with her case of chronic pain, which resulted in healing for her.

Listen to the Janette Dalgliesh Interview on Book Journeys Radio