In this post, we review Dr. Angela Lauria’s Book Journeys interview with Dr. Patricia A. Farrell, author of Fired Up: A Shrink’s Musings. 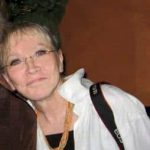 The book is actually Patricia’s sixth book, and the basis of its content was material that Patricia had accumulated over the course of her writing. By her account, Patricia has written, over the course of the previous five years, anywhere from twenty to forty articles a year, and even before that she was already interviewing people for various media, such as Isaac Asimov, for Publisher’s Weekly and “the Nightbird” Alison Steele for a TV show.

Prior to publishing her first book, How to Be Your Own Therapist, Patricia had already appeared in over three hundred TV shows, so she wasn’t a total unknown. She remarked that finding an agent for her first book was difficult, as she sent out forty to sixty packets, each one with her resume, prospectus and covering letter and got only one positive response. Patricia then went around meeting the publisher representatives her agent had lined up, which was a bit of a challenge given that it was then a hot summer, and after her book was accepted Patricia then experienced the editing and rewriting process, where she actually began to hate her book; and, once her book was published, she then went about promoting it, for which she would have her book flashed on TV wherever she appeared. 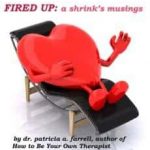 Patricia’s advice, for would-be writers, is rather scientific. She recommends that writers create a body of work by which they can be recognized and become known, even at the local level, to have some degree of credibility. She recommends that would-be writers start of small, such as submitting short stories or articles to magazines, and that they should be prepared for the inevitable rejection, giving the example of J. D. Salinger, who took ten to fifteen years before he got one of his works published in The New Yorker. Furthermore, when deciding to write a book, Patricia, who used children’s books as an example, advised doing market research, knowing which particular books on the subject one intends to write which are out in the market. She also recommends reading a lot, to get a feel for the styles of the best books produced, so writers can apply this to their own writing.

Patricia pointed out that true success doesn’t come to many, pointing out the example of kids who want to join the NBA, and also noted that a “bestselling” book could have had most of its sales due to its author buying up copies just for that purpose, and thus states that she would rather be known as a good writer than as a best selling author. She also made some points about the impact of technology on books, as books made with multimedia tools are now available through Amazon and their partnerships with large book publishing companies, and remarks that this is the wave of the future.

Listen to the Dr. Patricia A. Farrell Interview on Book Journeys Radio

← Sneak PEEK! (And more ways to get things from me without paying for them)Lisa Barretta – Book Journeys Author Interview →
Comments