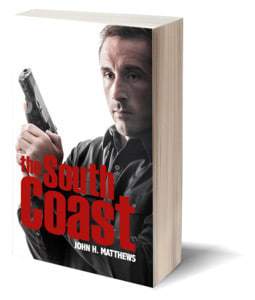 When I designed the cover for my first book, The South Coast, in 2013, I had never designed a book cover before. I’d designed annual reports, websites, CD cover art, and many other things. But not a book cover. I’d also never written a book, though.

Now it is nearly two years later and I’ve designed covers for more than 40 books that are available out there in the world. Writing my book was the easy part. Learning how to get it into the hands of readers was the hard part. In the process I learned so much about publishing, independent publishing, the ins-and-outs of how Amazon and Ingram (the world’s largest book distributor) work, and so much more. During that process I reconnected with an old friend who in her separate path had gone into the world of publishing as well. Now I create all of the covers for her clients, as well as layout the interiors (typeset, to use an old fashioned term) of those going to print and not just digital readers.

But here I am, two years after releasing The South Coast and I have my next book almost completed. It should get into the hands of my editor in a week or so. The other day after I finished my third read through I decided it was time to think about the cover. My first cover came to me quickly and I carried it out easily. I found the model for the cover. I photographed him in my studio. I created that cover from scratch.

This time I opened the software, created the proper size document, and stared at a blank white cover.

I played with some font treatments. They didn’t look right. I grabbed some of my own photos as well as some stock images. Nothing worked. I wondered that night how I could create covers for dozens of other people, for books I hadn’t read, and was not able to design one for a piece of work I was so close to. Then I realized that I had already found the problem. I was too close to it.

I come from a design background. It is what I have done for a living for more than twenty years. So when I wrote my first book it made sense to design the cover myself. Now I look at that cover (a large canvas wrap print of it hanging on my studio wall) and think of so many things I would have done differently.

So what did I end up doing for the new book? I wrote to designer friends of mine. Perhaps being too close to a project doesn’t instantly qualify you to control every aspect. I’ll always have final say over what my  cover is, but that doesn’t mean I need to stare at a blank screen and try to design it.

I have two other books already in progress, writing whenever I have time, which isn’t much. So even though I spend my days designing, it makes sense for my books to let someone else do the cover creation.