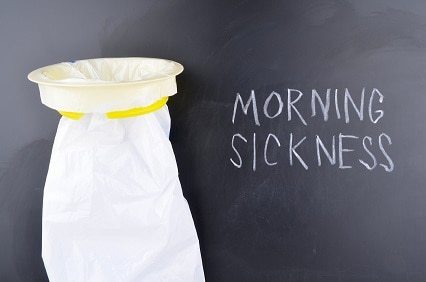 Wide mouth Gatorade bottles were my best friend in mid 2005. Some people get morning sickness for a few weeks when they are pregnant. I had it all 9 ½ months long. So I just carried a wide-mouth Gatorade bottle wherever I went and heaved into it all day long.

Not many people share the experience of discretely puking their way through corporate meetings. But I was in a race against the clock and didn’t have time for bed rest.

My company, TheNewsRoom.com, was a video syndication platform and my mission was to get our first 1,000,000 video views before the baby came. If you ran a website, you were my target and I had a great pitch! “We’ll pay you to put our professionally produced videos on your website – with ads we sell on your behalf.”

I seriously thought no one would say no. They get great video and cash! Major win-win.

In the middle of this campaign a new mover and shaker in the video space came on the scene…this quirky little company called YouTube (which we all spelled utube for the first 3 months). Their “players” were slicker than ours but their videos were ridiculous. Homemade instead of professionally produced! COME ON! There was no way they could sell ads to go with those amateur videos and who the hell would mash them on their site?

BTW – we called it mashing instead of embedding – the nomenclature we picked didn’t exactly stick.

OH… but we should have been…..

My dream of making millions with TheNewsRoom.com suffered a slow, painful, tortured death while I watched the YouTube tycoons buy up half of the real estate in the Silicon Valley.

And that’s what I think will happen to you if you ignore PERISCOPE.

I am rarely this emphatic about a new technology. Adding techniques to your already full plate is almost always a non-strategic way to distract yourself from making the difference you were born to make.

But I had a conversion with my 9-year-old that changed my perspective.

I’ve watched his viewing habits switch from watching videos on YouTube to watching LIVE STREAMING INTERACTIVE VIDEOS on Twitch. So I got curious.

I asked him if he would rather watch his favorite YouTube personalities on YouTube or Twitch (which is the live streaming app targeting his demo) – without a beat he said:

“MOM! When someone is broadcasting a Twitch stream it is a ONCE-IN-A-LIFETIME chance to connect with them live. Why would I ever want to watch a recorded YouTube video over that?”

YouTube videos are “in the can” – just like your newsletter or your blog post or your podcast (if it’s recorded anyway). With PERISCOPE (or Meerkat or Twitch) – the audience SHAPES the content you create as you are creating it.

Media philosopher Marshall McLuhan predicted this in his famous book, Understanding Media: The Extensions of Man. In it McLuhan said it was the MEDIUM itself that was more important than the MESSAGE that was delivered.

In other words, if you send out a monthly newsletter…the fact you send out a monthly newsletter, let’s say via email, has more impact on the reader than the content in the newsletter. The form your message comes in determines the results you get and the impact you make. (This, btw, is why I did my PHD dissertation on the difference between live and recorded performance in creating social change…. But I digress…)

Here’s the skinny: If you want deep engagement with your prospects – master PERISCOPE now – it’s about to explode and the best practices haven’t even been invented yet… but I for one, am studying MineCraft/Let’s Play YouTubers and the transition they have made to TWITCH. They are 6 months ahead of us and there is LOTS to share about what’s going to work!

Remember getting broadcast faxes at work? That’s what a newsletter is about to become. Just like a VHS tape, or a vinyl record album or the Union of Soviet Socialist Republics… HISTORY!

My prediction is ALL newsletters and most email broadcast communication will be replaced by Live Streaming within 18 months.

That said – I don’t even understand it yet! And no one really does! We are in the land of early adopters.. Think YouTube circa 2005 when I was sitting in a corporate conference room laughing at the idea of user-generated content!

This weekend I launched a new Facebook group for folks who want to figure this out. It’s free and I’m not planning on selling any Periscope products so this isn’t some cleverly masked lead generation technique. If you are curious about how LIVE STREAMING VIDEO is about to revolutionize the experts industry, join us. https://www.facebook.com/groups/BookAuthorScope/

I would hate to see you clinging to a wide-mouth Gatorade bottle 6 months from now because you are feeling sick about how behind you are. The tidal wave is about to crash on all of us. As usual, it’s the 9 year olds leading the way.