Don’t know what you want to do with your life? Surprise! The Answer is Right Under Your Nose 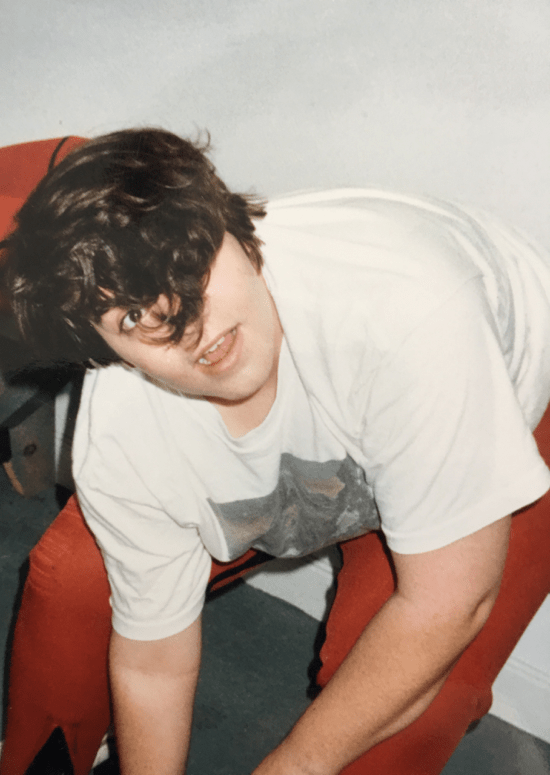 One of the greatest things about being 100+ lbs overweight is that you never have to figure out your future as long as you are fat. No one explained this upside to me when I was struggling with my weight, but once it clicked, everything changed. My GOAL when I was overweight was… to NOT be overweight. And this remained my goal for 30-odd years which meant I never had to figure out my future. My future was going to sort itself out, AFTER I lost weight. In the meantime, I was just getting through to the next day and trying to get healthy.

This, largely, is why I was such a late bloomer with my career. I was going to “Get” to my career once I lost weight. (Funny, every time I did lose weight, I’d gain it right back because that was easier than figuring out what I wanted to be when I grew up.) Instead of focusing on my career, I took jobs that paid the bills, deferring my dreams beyond weight loss to some undetermined future date.

Senior year of college I got recommended for a job working as a researcher and editor for New York Times best-selling author, David Wise. I didn’t WANT this job – I wanted to be an investigative reporter for The Washington Post. But I figured I’d do it for a few months until I lost weight and then start applying for a real job.

In that year, I picked up 3 more authors (including another best seller, Seymour Hersh – he was a big deal, oh and George McGovern – yup, THAT George McGovern). All together I was making about $50,000 with my 3 authors. So I figured I’d get a “real” job in a few more months when the books I was working on finished up.

The books finished up and I took a 3 month trip to follow my favorite band in Australia and New Zealand (Crowded House was the band – hey now, hey now, don’t dream it’s over). While I was down under, I picked up 3 more authors. Just random strangers I met on public transport, at Youth Hostels, Walking around Uluru (formerly known by Colonizers as Ayer’s Rock). Obviously, I thought, anyone could have gotten these jobs – I didn’t apply and their wasn’t an interview.

I figured I’d get a real job when I finished those books.

When I finished those books, I took a trip for 3 months to Edinburgh for the Fringe Festival. On the Tube in London on my way to King’s Cross to take the train to Edinburgh, I met a guy from Women’s Wear Daily. He was the Editor-in-Chief and needed someone to write their Fashion and technology column. I was hired within 16 minutes and became a writer for 2 of the top fashion periodicals — Women’s Wear Daily and W. While in Edinburgh, I met a guy from Clark’s Shoes. He was the Chief Marketing Officer. He needed someone to travel to all the countries where there was a Clark’s Shoes store, get customer stories, and put together a 300 page coffee table book for their 150 year anniversary. I was hired within an hour.

Clearly, I thought, when you get hired in an hour or less, it’s not a real job. They just needed a warm body. Anyone could do these books. It’s like babysitting or dog walking I thought.

My family agreed. When I’d go home for the holidays they would ask: “So…. when are you going to get a real job?”

I stuffed a cannoli into my mouth to soothe the hot shame of failure and think: “I’ll do it as soon as I lose weight.”

They were right, I thought:
• I was not an investigative reporter.
• I did not have a real job.
• I was a flakey freelancer with no future.

Four years of randomly finding book jobs, and I couldn’t take it anymore. I went to grad school. Even got a FULL SCHOLARSHIP (and still felt like a loser).

At the end of grad school I got a real job – $80,000 a year for a hot Internet Start Up called AllAdvantage.com. I started in June. By August or September the DOT.COM bust came and I was out of a job. More evidence I was a loser.

I hardly noticed that instantly, I had work ghostwriting one book for a political candidate and editing another for Congressional Quarterly.

How did I miss this? Because “writing books” wasn’t a real skill in my mind. Working for an Internet Start Up and making millions – that would be something that actually “counted.” (Counted by whom, I’m not sure now… but it felt real back then!)

I decided to keep doing my “FAKE” book job for a few more years while I went back to school to get a PhD and become a professor. That would be a REAL job!

I got my PhD and the professor job. It paid $55K – about the same as I was making 10 years earlier working on books.

I hated being a professor and I sucked at it.

So I quit after 1 year and started working on a new book project for a software company. I generated 1900 leads a month for a $5,000 software product.

Books! Again! But I didn’t even notice!!!

I was too busy obsessing on how I was getting older and I HAD to find a real job. But doing what? I didn’t know what my “thing” was. I had never taken the time to figure it out because I was so focused on losing weight.

So… I went to Amazon and searched “Books like What Color is Your Parachute?” – I found Martha Beck’s Finding Your Own North Star.

I was hoping by doing the exercises in the book I would find out that going to law school to become a personal injury attorney (a real job) would be my next step. In the book Martha asks: “What do you lose track of time doing?” The only answer I could come up with was “Reading personal growth books.” Clearly, that wasn’t a “real job!”

While reading the book, I got an idea to write my own book and I went to a writer’s retreat with Martha Beck. There were 24 people attending and 3 people running the retreat. 23 attendees hired me (the 24th) and 2 of the organizers hired me – Martha and Susan Hyatt.

It was around then it hit me…. maybe this “book thing” is a real job.

I always thought ghostwriting, editing and marketing books was silly and anyone could do it.

I mean, who can’t write a book in 3 days? It’s pretty simple.

And getting a couple thousand leads a months from your book? I mean, it’s kinda common sense, right?

At the writer’s conference it became obvious the skills I had picked up while “waiting” for my life to start were actually pretty magical. I was a genius at writing, publishing, marketing and profiting from non-fiction books! But for decades, I thought that work was just a way to make some cash and pay the bills.

I think it’s hard to see the VALUE of what we do because we are so close to it.

Writing a book was so easy for me. I was so confident. My clients were so happy I got referrals. I never had a website or a logo or a company name or a contract or a legal entity. I was just a girl helping folks get their books done. I didn’t know that was a SKILL – I thought it was just like babysitting or dog walking.

But that whole time – the only one not valuing me – was me.

My people were waiting for ME to show up.

My “real job” was under my damn nose the whole time.

So if you are like I was and you just can’t see what is so special about you, or why anyone would want to pay you for your help, I want you to know, you are normal. It’s hard to see the value you bring… and until you do, you won’t be able to fully bring the value to the table.

I even thought that becoming a personal injury attorney was going to give me the feeling I’d been waiting for.

But the truth is. There is no outside source that can ordain you for the work you were born to do. You have been doing that work all along. No certification required. The only thing missing is you. The time is now to stop waiting for confirmation from some official source and own your genius. Anoint yourself the leader of your movement. You are already a genius at the work you were born to do. It’s right under your nose.

← Coffee With YodaWhy I Love to Journal →
Comments

8 responses to “Don’t know what you want to do with your life? Surprise! The Answer is Right Under Your Nose”