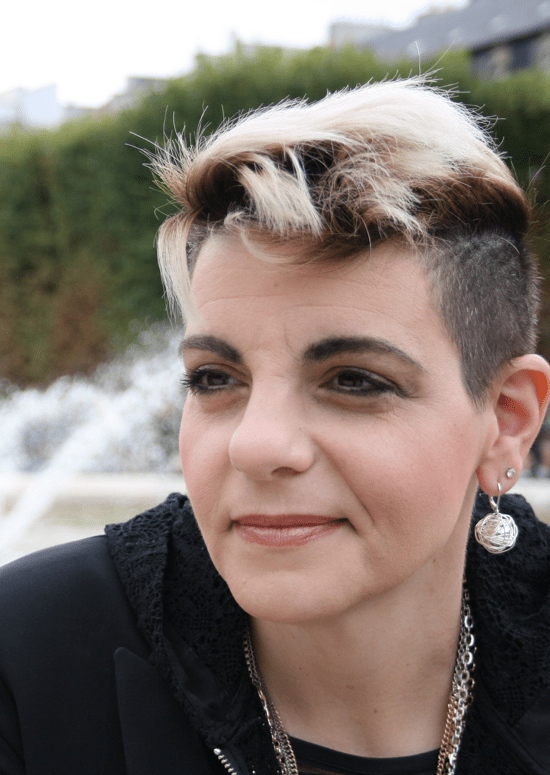 As a woman, I have thought about the role my gender has played in my success – good and bad. I’ve studied feminist literature as well as the neuroscience around the differences in male and female brains. I’m a hard core supporter of nurturing the neuroplasticity of our brains to combat biologically-predisposed social disadvantages. What I see in the media and the marketplace is a lot of useless coddling of those disadvantages and not nearly enough focus on the magic of simply reprogramming your brain to get what you want.

Back in September, I was following the story of Bishop Charles Ellis blatantly groping Ariana Grande at Aretha Franklin’s funeral. When it happened, I spent some time studying, praying about and contemplating sexism, the #MeToo movement, and what role I could or should play in it all.

I frequently see discussions about how men treat women’s bodies like objects. The way the story usually goes is that the woman was objectified and kept quiet so as not to rock the boat or the woman said something and was dismissed.

But I mostly never say anything because as I saw it: This has never happened to me. I’ve never once been groped, cat-called, stared at inappropriately… I don’t even get hit on. I’ve never had my clothing criticized or anything so many women talk about experiencing.

Also, as a disproportionately-privileged, white, cis-gendered female, I have never been paid less than a cis-gendered male for the same work. If anything, I’ve always been paid more. And the one time I found out a male colleague was paid more (3 hours after he signed the offer letter), I walked into my boss’s office and demanded he match that guys salary, or I’d walk then and there. (Privileged – yup, obliviously so but the thought of being discriminated against was just off the table for me.)

Sexism, I agreed, sucked. And yet, it just wasn’t something that happened to me!

My question this autumn was about my responsibility regarding this issue. Why I wondered is this not a problem I face? Is this proof I am a neuroplasticity genius, who elicits different external experiences. If so, could I, should I teach those skills to others or share my experience to help others? I was clearly and firmly cautioned to sit the hell down and shut the hell up by my feminist friends. And I listened. I listened. I read. I did my own work and did not expect other women to do my work for me. I didn’t deny the experiences of sexism that other women reported, but I did make a commitment to understanding mine.

A couple fellow white, female, cis-gendered friends, suggested, I actually had experienced sexism and I just wasn’t identifying it that way. So, I set out to look for sexism. I wasn’t expecting to find it, but I was open to it. Maybe my eyes had been closed and they needed a little opening.

I could see sexism all over the place happening to others, just not ever happening to me. Was I just so tuned out I missed it?

Truth time: Part of why I was so curious about this issue, was, frankly, that I felt left out. Unwomanly. Like I missed something. How come I wasn’t being discriminated against too? Was I not pretty enough to be harassed?

It’s not that I wanted to be publicly groped or anything, but I worried it was happening because I wasn’t thin enough, or attractive enough, or that I’m too masculine, or intimating or direct for anyone to bother to treat me like a “girl.”

“Nope,” my friends assured me, “You are being discriminated against for being a woman all the time. We’ve seen it.”

I looked for it on stage in Toronto at the Archangel Summit and again back stage while sharing a couch and a coffee with Brendan Burchard and Mike Koeings. It wasn’t there.

I scanned the First Class Lounge at Heathrow and the streets of Malta while running errands for a friend’s wedding. Nope, not there either.

I checked under the table and behind the bar at the campfire I was hanging out at with Richard Branson over Halloween… no sign of it.

No matter what my friends said, I was sure, I was the one woman who had never experienced sexism. I wasn’t missing it. It just wasn’t there!

As is my standard process, I had given myself 3 months (September to November) to study this issue. I had just about put this one on a shelf, and then… it happened.

A couple weeks ago I had some clients over to my house to talk about their books. About 15% of our authors are men, and since sexism doesn’t happen to me, I never wonder if they will treat me differently than my female or non-binary clients. They don’t. It doesn’t happen… or at least I hadn’t noticed it until now.

In this group of clients was an older, white, cis-gendered man, whom I was confident I could help. I treated him like I treat all my clients – with an unwavering commitment to helping them reach their goals for their book. And yet, for 3 days, there was nothing I could say to satisfy this guy. Every answer was met with skepticism and critique. I was frustrated, but assumed I was failing as a teacher and a leader, and so I tried harder. I stayed up later, I worked extra hard. Knowing the problem was me, I went to work to “be better” and to “lean in.”

None of it worked. The complaints brewed, but there was gaslighting too, secret whispers to me of thanks and about my “brilliance and beauty” and appreciation; all while he was throwing me under the bus to the other clients. I questioned myself again and again. How could the techniques I’ve used to help hundreds of people, not be working for him?

I bobbed, I weaved, I swerved, and I smiled. I would win him over by being better. I would be strong and take the punishment. I would be a good girl and find a way to please him.

No amount of external effort or brain power was working. So, I called on Source for strength and clarity. I would be guided by love and serve from a place of surrender. And so… I prayed. Yes, it had reached that point.

“What is this man here to teach me?” “I am open to receiving the lessons this man is bringing me.”  “I release my attachment to the outcome.”  I prayed… and I waited. And the next morning, after he left, the answer was tied up with a bow on my bedside table, like a little gift from my spirit guides overnight.

“THAT right there, THAT was sexism!”

I didn’t sound likely to me. I don’t get discriminated against because of my gender…

And then the paragraphs I’d read, the films I’d watched, and the conversations I’d had flooded my brain.  OMG! THAT IS SEXISM!!!

I knew I was right! I had allowed myself to have the experience. And what’s more, I learned how and why I had protected myself from having it before.

Instead of looking outwardly at patterns of behavior, I looked inwardly and asked, what was it about ME that caused me to deserve to be treated like this. I took full responsibility even when all the responsibility wasn’t mine to take.

I had been discriminated against based on my gender. It was right in my face all along. He didn’t want to take advice from a girl. And he loved making me work for his approval.

My friends were right all along.

This was the answer I’d been looking for. I was being discriminated against as a woman, all the time, as all women in leadership are (See the latest Nancy Pelosi mess for details) but I hadn’t seen it because I was too busy blaming myself for being inadequate.

I’m not sure what this changes for me. So much of personal development is about being able to witness yourself in your own life with loving detachment. And just the awareness often brings about any change that’s needed. I’m sharing this journey because one of the things I am grateful for this Thanksgiving is that sexist dude.

Gifts don’t always come in the packages we want them to come in, but the universe keeps on sending the mail. We just don’t always collect it. I’m grateful I did this work because now I can really FEEL how fucking unfair it is to be discriminated against and I can tap into that anger in so many ways. Anger is powerful fuel for the fire and having a visceral and not just an academic experience of sexism is a game changer for me.

This work of personal development, it’s taxing. My head was more comfortable in the sand than it was being attacked and gas lit in front of a bunch of clients in my own home. And yet, the kind of person I am becoming says bring it on. It’s safe to feel any feeling. And it doesn’t mean you need to do a damn thing except actually have the feeling all the way through to the end.

So… that’s the wackiest thing I am thankful for this year – Sexist Jerks. Well or at least that one Sexist Jerk anyway.

What’s the wackiest thing you are thankful for? Let me know in the comments!