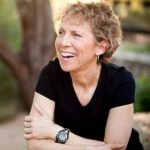 During her twelve-year tenure as an elementary school principal, Syd was able to match the energy of her young charges, keeping up with these as they zipped around the school – something that her staff didn’t have; and when some members of her staff, as well as some parents, began asking Syd how she was able to maintain so high a level of energy, she decided to put a book together, as the “secrets” to her energy level weren’t secrets to her, but part of her repertoire to stay healthy.

Making the book was reasonably easy for Syd, as it was essentially a collection of stand-alone tips, so that, if she got stuck writing on one tip, she could then shift to writing on another tip, and so maintain the momentum of her writing. It also helped that she had accumulated a lot of research material, and that, as an educator, she knew how to make tough concepts understandable to others. 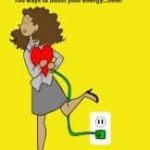 The big impetus to her actually writing her book occurred when one of her friends joined the National Novel Writing Month Challenge (NaNoWritMo), where would-be authors were given the goal of writing out a fifty-thousand word novel in November. Syd knew that she could meet the same challenge that her friend did, doing her writing in the early morning, and when she started doing so she wrote before doing her exercises but soon found that writing after exercising worked better for her. By the end of November she had gotten into the habit of writing, so that she completed her book by the end of January of the following year.

Syd didn’t worry about editing or organizing her tips while she was writing her book out, as these were parts of the editing process which she did with an editor once the entire manuscript was written. She then published her book on CreateSpace, getting her cover designer on her own. She had originally envisioned her book as a paperback, as she had included places where readers could write their ideas and reflections on, but also had the book published electronically.

Marketing was a big wake-up call for Syd, as she had the idea that all she had to do, once she had written the book, was put out a single advertisement on Facebook and people would snap it up. Jack Canfield gave Syd a reality check during a talk of his that she attended when he mentioned that not marketing a published book was akin to leaving a baby for somebody else to raise, and Syd’s husband, who was an Internet marketer, then pointed her in the right direction and helped her realize what it was that she needed to do; and, as a published author, Syd has a degree of credibility that she wouldn’t otherwise have had.

Listen to the Syd Hoffman Interview on Book Journeys Radio