On this episode of Book Journeys, Maggie McReynolds interviews Stephanie McAuliffe, author of The Message in the Bottle: Finding Hope and Peace Amidst the Chaos of Living with an Alcoholic. 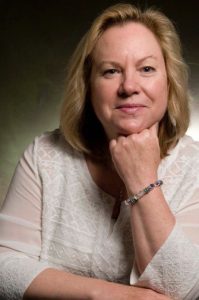 Stephanie has lived with alcoholics all her life, remarking that she saw how her grandmother used alcohol to numb herself to her marriage, and how alcoholism then affected her own mother and those of her siblings. Stephanie herself had been married to an alcoholic who, in 2012, finally sought help with his condition, and as Stephanie remarked, it’s not only the alcoholics who suffer but also those around them, and while there is a lot of help available for the alcoholics themselves there is little support for those affected by alcoholism. Stephanie remarked that undergoing a twelve-step program and being involved with groups only got her so far, and that her transformation and healing only took off after she worked with a coach. 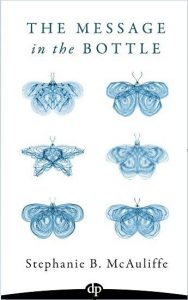 It took Stephanie years to heal, and as part of her own recovery she wrote a stream-of-consciousness journal which she toyed with about trying to turn into a book. She had always wanted to write a book about her experiences about growing up in an alcoholic environment, and when she joined the Author Incubator program she had a chance to do just that. Stephanie admits that she most likely would not have been able to write the book that she did, had she continued on with her stream-of-consciousness style of writing, as she would have had no structure and would have been essentially caught in an endless loop of writing and editing. The Author Incubator program gave her boundaries and a schedule to follow, things which Stephanie was familiar with as she had been involved in project management for thirty years.

One of the things that helped Stephanie was writing out the character study for the person she was writing the book for, and while Stephanie admitted that she had a lot of difficulty finally nailing that character study down, once she did so she “flew.” Stephanie also remarked that the structure that the program gave her might have been rigid where scheduling was concerned, but that she had the freedom and flexibility to do a lot of things within that framework.  She enjoyed being able to interact with other budding authors like herself, while in the program, and notes that Angela and her team have a level of expertise that helps authors write their book successfully.

Although her book is only available in Kindle as of the time of this interview, Stephanie’s book will be out in print form in around July, 2018, and she was particularly excited by the possibility of it being in an airport bookstore. With regards to this, Maggie noted that a lot of authors see their books being in airport bookstores as a measure of success. Stephanie notes that being recognized as a published author gives her a great deal of credibility, and that she is presently helping out other women who had been in the same situation she had been when her now ex-husband began rehab for his alcoholism.

Listen to the Stephanie McAuliffe Interview on Book Journeys Radio