Read if You Don’t Have Money to Work with Me 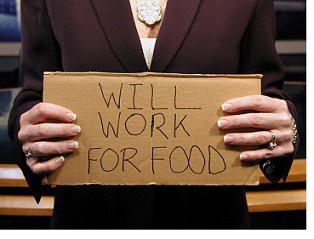 I’m not selling anything in this email. I just wanted to explain something to you if you are feeling like “someday I want to work with Angela but I don’t have the money right now.”

The difference between most people who want to write a book and my clients is that my clients are ready to take massive action even when it feels impossible. It’s amazing how many people tell me how desperately they want to have a bestselling book and make a difference in people’s lives, but once they hear the price of my program, that dream is suddenly no longer that important. It’s more important to hang on to where there are – to what isn’t working.

It’s easy to keep doing what you are doing. Until it isn’t. Until you look at the calendar and there are only 89 days left in the year and you haven’t done half the shit you promised yourself you’d do. Until you look in the mirror and your face looks better when you hold your cheeks up with your finger tips on your temples.

I talk to a lot of people who tell me they are committed to their message AND they don’t have money to spend on creating a book that makes a difference. (Our calls are short.) I’ve heard it all. They are homeless. Living with a friend. Their unemployment benefits ran out 6 months ago. Their house was foreclosed on. They are filling bankruptcy. They need to make a little more money before they can commit. They need to finish doing the work from this program or that program before they can invest in another one. I’ve heard every reason in the book for not standing in your power as an author and an expert when you know it can make a difference in the world.

But today I want to tell you the true story of a woman who definitely didn’t have the money to work with me but she took the leap because she believes in her message and she is that committed to serving.

My sister called me on this once. I was planning a trip to Vietnam and complaining I didn’t have money to buy a TV when mine broke so I posted it on Facebook and someone donated their TV – actually I think my sister donated hers. And she said to me – you know, if you have money to go to Vietnam you do have a few hundred dollars to buy a TV – you just aren’t choosing to spend your money on a TV. Ah.. yeah… good point.

Recently I was looking for a networking or mastermind group to join because I wanted to expand my circle of business friends. I found one and went to a meeting but it was $60 a month and that just seemed like WAY more than I wanted to spend to network. Frankly, $60 a month sounded absurd. That’s more than my cable bill or my internet service. Was I really going to get $60 worth of value?

A few months later I invested $5,000 a month in a networking/masterminding group.  Ha! And $60 seemed too expensive.

I just didn’t want to do it.

Sometimes it’s not a matter of choosing Prada over a book coach. Sometimes people truly don’t have the money – they have been through divorce or job loss or some other crushing blow and they need some time to catch up. So when those clients don’t buy, I used to let them off the hook. Until I met Rachel.

Rachel was definitely NOT posting pictures of herself traveling the globe or buying designer clothes. I knew money was truly tight for her and she was facing hard financial decisions so I just assumed she wouldn’t join my program.

When she said yes, I was shocked. WOW! She really wants to do it. I wondered if she’d borrow money or sell some old gold jewelry or how she was going to make it happen.

A few days later I saw her Crowdfunding campaign go up. It’s funny. Engaging. Creative. And it’s going to fund her book.

Take a look at what she’s got going on. It’s pretty amazing:
https://pubslush.com/project/3659

I love this lesson Rachel has taught me. My clients, the ones I am supposed to be helping – they say yes whether they have the money in their bank account or not because they know this is the key to serving the way they are meant to serve.

If you really want something. You’ll do it.

PS – My mentor says…. If you want to steal second base, you have to take your foot off first.

I’m so proud of Rachel for taking her foot off first. I’m happy for her – but I’m even happier for her clients. By her taking a leap outside her comfort zone she’ll be helping her clients do exactly the same thing.

You can donate to her campaign right here: https://pubslush.com/project/3659

And when you do – you will be empowering your own dreams to come true faster. You will be investing in changing your belief about what you can and can’t afford to do, be and have in your life.

← Shower Full of ScorpionsListen to Angela Lauria on the Mind, Body, Spirit Marketing Strategies Podcast →
Comments
You have successfully subscribed!
Your eBook will be emailed to you.